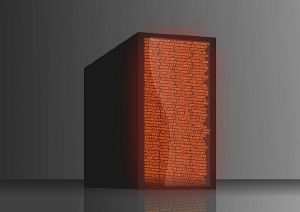 Whonix ™ comes with many security features [archive]. Whonix ™ is Kicksecure ™ security hardened by default and also provides extensive Documentation including a System Hardening Checklist. The more you know, the safer you can be.

This page is targeted at advanced users who wish to improve the general security of their host operating system to become even more secure.

apt-transport-tor is a package that allows host operating systems or non-Whonix-Workstation ™ VMs that are not behind a torifying gateway (like Whonix-Gateway ™) to torify their apt-get traffic for individual repositories.

With non-Whonix ™ systems in mind, for security reasons apt-get blocks clearnet connections to .onion domains by default. apt-get developers want to protect users from accidentally trying to use .onion repositories without using Tor. Otherwise, a rogue DNS server could redirect users to a false domain and trick them into thinking they are using Tor when they are not.

Strictly speaking, there is no need to use apt-transport-tor inside Whonix ™ VMs since all traffic is already routed over Tor. apt-get is stream-isolated using a pre-configured uwt wrapper. In other words, apt-get in Whonix ™ is already talking to a Tor SocksPort. Nevertheless, apt-transport-tor (tor+http) is the default from Whonix ™ 14 onward because it provides better error handling and stream isolation. [1] [2] [3]

If users have a shared network -- such as a cable modem/router or ADSL/router setup that is utilized by others -- then consider configuring a Whonix-Gateway ™ (sys-whonix) DMZ [archive].

A properly configured DMZ restricts Whonix-Gateway ™ (sys-whonix) from accessing, and being accessible to, other nodes on the network like printers, phones, computers and laptops. This is true even if root access is somehow achieved.

Should an incursion take place, a DMZ prevents an adversary from exploring other systems and possibly compromising them. However, in this case a DMZ does not protect the user's anonymity, since the adversary could just ping a remote server and discover the real IP address. Another benefit of a DMZ is that should other systems be compromised, it is more difficult to compromise Whonix-Gateway ™ (sys-whonix).

Trusted computer hardware is fundamental to anonymity and security. It is recommended to purchase and use "clean" computers that have components manufactured by reputable companies. It is preferable to pay in cash so hardware IDs do not leak your identity.

As outlined in the System Configuration and Access entry, it is safest to purchase a computer that is solely used for Whonix ™ activities because this minimizes the risk of a prior hardware compromise.

For greater security, advanced users should harden the host OS as much as is practicably possible. This includes, but is not limited to applying relevant steps from the System Hardening Checklist and instructions found throughout this section:

In addition to the checklist above, it is suggested to also follow the principles of minimizing the attack surface [archive] of the OS, and securely configuring services -- for example when using SSH, implementing Fail2ban [archive] so only key authentication is allowed.

The attack surface concept deserves more consideration. Simply put, it is the sum of different attack vectors (aggregate of vulnerabilities) where an unauthorized user can try to enter or extract data from an environment. [4] To reduce the attack surface and mitigate risks, it is necessary to: [5]

This includes, but is not limited to:

The usefulness of this approach is limited because it does not prevent security breaches; it can only help in making future breaches less probable:

The programs listed in this section are only a very brief introduction to this topic. If interested, users should research these topics in depth because they are beyond the scope of this guide.

Warning: The one VM Whonix ™ configuration has been deprecated because there is no contributor. Use at your own risk!

This platform was developed and tested successfully for Whonix ™ v0.1.3.

Basically, it is possible to use one VM instead of two, with Tor running on the host OS and a single client VM routing activities via Tor. This configuration has several advantages and disadvantages relating to security and other matters. For further information, see OneVM.

Security-wise, it makes sense to create a separate user account solely for using VirtualBox, which is not in the admin/sudo group.

It is recommended to torrify APT's traffic on the host for several reasons:

Follow the instructions below to torify APT traffic in Debian. [6]

1. Install apt-transport-tor from the Debian repository.

2.Edit the sources.list to include only tor:// URLs for every entry.

Open file /etc/apt/sources.list in an editor with root rights.

Note that changing ftp.us.debian.org to http.debian.net picks a mirror near to whichever Tor exit node is being used. Throughput is surprisingly fast. [8] Also be aware that all public-facing debian.org FTP services were shut down on November 1, 2017 [archive]. [9]

Debian URLs can also be pointed to the available onion services http://2s4yqjx5ul6okpp3f2gaunr2syex5jgbfpfvhxxbbjwnrsvbk5v3qbid.onion [archive] and http://sgvtcaew4bxjd7ln.onion [archive]. This is the most secure option, as no package metadata ever leaves Tor. [10] [11] [12] This URL scheme also protects from system compromise in the event APT has a critical security bug. The following entries should work in the sources list:

corridor is a filtering gateway that only allows connections to Tor relays to pass through. It is not a proxying gateway.

It is possible to configure Whonix-Gateway ™ (sys-whonix) to use corridor as a local proxy to establish the following tunnel:

This approach is not necessarily more anonymous, but it is an additional fail-safe since a Tor traffic whitelisting gateway can help protect from accidental clearnet leaks.

VirtualBox is developed by Oracle, a company which has a reputation of not being very "open". In the past, concerns have been raised about how they announce security issues in their products and how well they communicate with each other, leading to a negative perception by the security community.

VirtualBox is primarily a simple, "user-friendly", desktop solution and is most certainly not designed with the Whonix ™ threat model in mind. Development is reported to be at a standstill and the author is not aware of any serious code audits having been completed. [13] Whonix ™ developers would like to recommend a different VM solution at least as an alternative, but many popular, open source options like KVM and Xen are not cross-platform. Further, the latter examples seem to still lack a reliable "internal networking" feature, which Whonix ™ heavily depends upon. Any readers who have in-depth knowledge of this issue are encouraged to edit this paragraph accordingly.

Users that have a strong preference for security should strongly consider using Qubes-Whonix ™, if they have suitably modern hardware. In short, Qubes-Whonix ™ is more secure than the default Whonix ™ configuration using a Type 2 hypervisor like VirtualBox.

VirtualBox has a secure labeling feature (VBoxSDL) [archive] which has not yet been implemented in Whonix ™. [14] This feature addresses the security risk of running in full screen mode:

In order to protect the user against the above mentioned security risks, the secure labeling feature has been developed. Secure labeling is currently available only for VBoxSDL. When enabled, a portion of the display area is reserved for a label in which a user defined message is displayed. The label height in set to 20 pixels in VBoxSDL. The label font color and background color can be optionally set as hexadecimal RGB color values.

Any readers who are knowledgeable in this area are encouraged to share their expertise and edit this section accordingly.

Before this feature could be implemented in Whonix ™, one prerequisite is that users do not end up with a non-standard desktop resolution, as this degrades anonymity as per Protocol Leak Protection and Fingerprinting Protection.

Qubes-Whonix ™ is recommended for the majority of users seeking a higher security solution.

In contrast to Qubes-Whonix ™, physical isolation is:

In summary, users should prefer Qubes for a higher-security solution since it supports a host of features unavailable in the Type 2 hypervisor model (VirtualBox, KVM, VMware etc.).