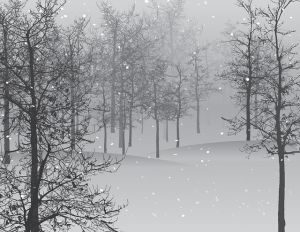 ... a type of side channel attack [archive] in which an attacker with physical access [archive] to a computer performs a memory dump [archive] of a computer's random-access memory (RAM) [archive] by performing a hard reset of the target machine. Typically, cold boot attacks are used to retrieve encryption keys [archive] from a running operating system [archive] for malicious and/or criminal investigative reasons. The attack relies on the data remanence [archive] property of DRAM [archive] and SRAM [archive] to retrieve memory contents that remain readable [archive] in the seconds to minutes after power has been removed.

There are two primary methods of performing the attack: [2]

More recent research in 2018 has identified that mechanisms that overwrite RAM contents when power is restored can be bypassed by rewriting the non-volatile memory chip (firmware) that contains these settings. [3] [4] At the time of writing DDR3/4 RAM appears to protect against cold boot attacks (see next section).

It should be noted that Trusted Platform Modules [archive] (TPMs) are ineffective against cold boot attacks. The reason is TPMs can prevent keys from being loaded into memory for use, but cannot prevent their capture once they are in memory.

Based on the research findings, practical countermeasures for the majority of users involves never leaving the computer unattended and always ensuring the computer is completely shut down when not in use or when in high-risk situations like traveling. [10] After shutdown, it is safer to completely remove the machine from any power source by removing the power plug. In the case of notebooks, the battery should be removed after powering off. [11] [12] A final simple recommendation is to rely on later computer hardware that holds encryption keys in hardware separate from the HDD/SSD and utilizing systems that have DDR3/4 RAM installed; see the footnote for how to determine the RAM type. [13]