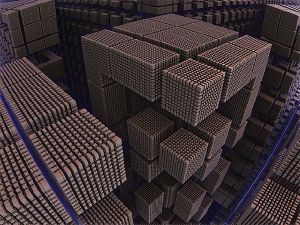 Either move important files via shared folders or make a full clone of VMs in each snapshot state in case something goes wrong.

2. On the host: Delete all existing snapshots.

3. On the host: Increase the disk size.

1G below should be replaced with the amount of memory to be added in gigabytes.

4. Boot up and check if it is still working.

5. Install GParted in Whonix-Workstation ™ and resize the filesystem to claim the newly added space.

If more disk space is required for virtual hard disks, the good news is this is simple in VirtualBox -- Whonix ™ is nothing special because it is just another VM image. Any suggestions that are found for VirtualBox will similarly work for Whonix ™. Free Support Principle applies.

1. On the host: Make a clone of all states of any existing virtual machine in case something goes wrong.

2. On the host: Delete all existing VM snapshots.

Find the folder of the virtual hdd.

5. Boot up and check if it is still working.

6. Until now only the physical size was increased, but the filesystem has not been changed. Shut down again.

7. Inside VM: It is necessary to boot from a boot CD (Ubuntu Precise *DVD* did work) and use a tool like gparted to grow the filesystem.

8. Inside VM: Increase the size of the filesystem. Apply changes and shut down.

The procedure is complete.

Refer to Build and Update Whonix ™ from Source Code and utilize this setting: