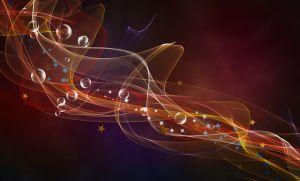 Kicksecure ™ is a free and open-source (non-anonymous) Linux distribution that aims to provide a highly secure computing environment. It has been developed from the ground up according to a formidable -- and time proven -- defense in-depth security design. In the default configuration, Kicksecure ™ provides superior layered defenses of protection from many types of Malware.

Kicksecure ™ is a complete desktop operating system designed. Numerous applications come pre-installed with safe defaults which can be used immediately upon installation with minimal user input.

In simple terms, Kicksecure ™ is a collection of configuration files and scripts. Based on Debian, anything possible in "vanilla" Debian GNU/Linux can be replicated in Kicksecure ™. Likewise, most problems and questions can be solved in the same way. For example, "How do I install OpenVPN in Kicksecure ™?" would be answered with "The same way as in Debian; apt-get install openvpn".

Based on Freedom Software[edit]

Many people wonder why developers would spend countless hours of their own time to build an operating system and then give it away. Kicksecure ™ developers believe it is immoral to benefit from those Free [archive] / Freedom Software components and give back nothing to the community. We stand on the shoulders of giants. Kicksecure ™ and many other Libre software projects are only made possible because people invested time in writing code and kept it accessible for the public's benefit. Of course, a lot of us just find it great fun.

Each Kicksecure ™ release is based on a particular version of Debian:

Kicksecure ™ does not have a fixed release schedule. A new stable release only becomes available when it is deemed ready.

Learning more about Kicksecure ™ will allow you to leverage the numerous security enhancements to their fullest potential.