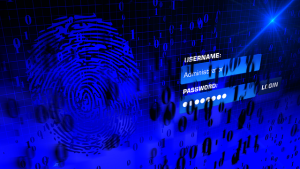 It is possible for Malware to masquerade as a login prompt in order to steal login passwords. This attack supposes an advanced threat model:

Note: If there is only one user account which also has sudo/su access, malware can sniff the administrative password and it is unnecessary to utilize an advanced login spoofing attack.

Under many threat models the compromise of the limited user account is considered catastrophic, since running malware:

However, if multiple (virtual) machines are used for compartmentalization the harmful impact of malware might not be catastrophic. For instance, other goals of this configuration include prevention of root compromise to help protect the virtualizer and avoid host compromise, and similarly to avoid a hardware compromise. This is further elaborated in the rationale section of the Safely Use Root Commands wiki chapter.

SysRq + k (Secure Access Key) can be used to defeat login spoofing because it will terminate all programs on that virtual console.

Sak (Secure Access Key) is useful when you want to be sure there is no trojan program running at console which could grab your password when you would try to login. It will kill all programs on given console, thus letting you make sure that the login prompt you see is actually the one from init, not some trojan program.

An operating system's Secure Attention Key is a security tool which is provided as protection against trojan password capturing programs. It is an undefeatable way of killing all programs which could be masquerading as login applications. Users need to be taught to enter this key sequence before they log in to the system.