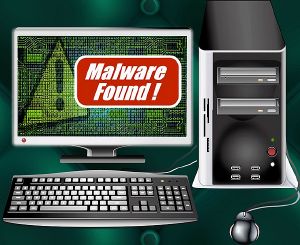 The integrity of the host is a critical part of the system's Trusted Computing Base [archive]. If the host system is compromised by malware [archive], so is every Whonix ™ virtual machine, Tor process and communication thought to be anonymous.

Reminder: Whonix ™ is not perfect. The security, anonymity and privacy issues facing society are great, but there are few volunteers who are seriously investing the effort to challenge and resolve them.

If you are reading this page, then it is safe to assume being anonymous (less unique), and remaining so is of great interest. Users with a serious intention to research these issues are encouraged to assist in accordance with their skills. Testing, bug reporting or even bug fixing are laudable endeavors. If this process is unfamiliar, understand that about thirty minutes is required per message / identifier to ascertain if the discovered result [1] is a false positive, regression, known or unknown issue.

To date, none of the various leak testing websites running inside Whonix-Workstation ™ were ever able to discover the real (external), clearnet IP address of a user during tests. This held true even when plugins, Flash Player and/or Java were activated, despite the known fingerprinting risks. Messages such as "Something Went Wrong! Tor is not working in this browser." [2] (from about:tor) or "Sorry. You are not using Tor." (from check.torproject.org) are in most cases non-issues. If the real, external IP address can be revealed from inside Whonix-Workstation ™, then this would constitute a serious and heretofore unknown issue (otherwise not).

It is unhelpful to ask questions in forums, issue trackers and on various mailing lists with concerns that have already been discussed, or which are known issues / false positives. In all cases, please first search thoroughly for the result that was found. Otherwise, the noise to signal ratio increases and Whonix development is hindered. Users valuing anonymity don't want this, otherwise this would violate the aforementioned assumption.

If something is identified that appears to be a Whonix ™-specific issue, please first read the Whonix Free Support Principle before making a notification.

The Importance of a Malware Free System[edit]

Malware has malicious intent and can potentially: [3]

If trivial changes are noticed on your system -- such as a duplicate deskop icon -- this is not evidence of a hack or leak. Similarly, if warning or error messages appear that are difficult to understand, in most cases there is no need for panic. If something unexpected occurs such as the appearance of a "htaccess file in home directory", or graphical glitches emerge in Nyx, then it is more likely a harmless bug and/or usability issue rather than a compromise.

Skilled attackers do not leave such obvious traces of their breach. An infection by tailored malware is more plausible in this scenario and this is virtually impossible to detect by reading random messages in system logs. Even malware that is bought off-the-shelf (malware building toolkits) are unlikely to be discovered by cursory inspections. [4] Rootkit [archive] technology is no doubt a standard feature of the various programs.

Strange files, messages or other system behavior could feasibly relate to an attacker wanting the user to find something. However, the likelihood of this kind of harassment is considered low. Script kiddies [archive] ("skiddies") are unskilled attackers who uses scripts or programs to conduct attacks on computer systems and networks, most often with juvenile outcomes. For example, they might use programs to remotely control poorly-secured Windows desktops, trolling their victims from an open, forced chat window, opening their DVD drive and so on. It is improbable that skiddies can achieve similar exploits against Linux, Xen or BSD platforms. [5] Sophisticated attackers generally avoid detection, unless the user is unlucky enough to be a victim of Zersetzung [archive] (a psychological warfare technique).

Every forum post and support request requires time that could otherwise be directed to Whonix ™ development. Unless there is genuine evidence of a serious and credible problem, there is no need for a new post. Developers and the Whonix ™ community at large do not have enough time to explain every message that Linux might report. In most cases, they are not important and outside the control of Whonix ™ developers.

The Utility of Antivirus Tools[edit]

Antivirus tools are actually worse than useless. In the case of sophisticated and targeted attacks, the antivirus software can serve as a pathway to exploiting a system's kernel, since they almost always run with administration level privileges. [9] Antivirus software also harms privacy by sending system files back to the company servers for analysis.[10] The software also actively conducts man-in-the-middle attacks on secure SSL connections, enabling very sensitive information to be viewed. [11]

The optimal scenario is to avoid infection by malware in the first place. Once malicious code has accessed a system, it is next to impossible to contain. Sensible steps include: hardening the operating system, carefully vetting programs and files that are retrieved from the Internet, and using hypervisors (virtualizers) to isolate software that processes untrusted data.

In the event a system compromise is strongly suspected or confirmed, the ultimate goal is to re-establish a trusted, private environment for future activities -- see Compromise Recovery for techniques to recover from host and/or Whonix ™ VM infections.

Non-technical users do not have many good options. They can either:

It should be noted that advanced malware can infect a user's computer via a Watering Hole Attack [archive]. This vector has similarities to the software version of a Supply Chain Attack, and these methods are not mutually exclusive: [15]

In the case of (Qubes-)Whonix ™ users, any future attempt would logically target hosted content on GitHub, SourceForge, various forum locations, mirrors, popular documentation links, and frequently visited security and anonymity sites like Tails, The Tor Project and so on. [16] The hope is that developers, contributors and general users of the software become infected with stealthy malware that is immune to detection.

It should be noted that advanced adversaries are capable of gaining knowledge about the behavioral patterns of target groups -- where they congregate, topics of research, related interests, and handle mapping of anonymous networks. This generic browsing and membership knowledge, along with observed security practices, greatly narrows the number of specific sites that need be targeted and the suitable attack mode. One way to mitigate this threat is to rigorously inspect websites for malicious code.

Interested readers can learn about six recent watering hole attacks targeting the US, China, banks and other entities here [archive].

Once a user is infected with very sophisticated malware that modifies low-level firmware, it is extremely difficult to detect in almost all cases.

Firmware infections should not be confused with hardware/circuit trojans [archive], which are malicious modifications made to machine components during the manufacturing process. Despite their sophistication, circuit trojans are not immune to detection. [18]

Virtualizers like Qubes, VirtualBox and KVM cannot absolutely prevent the compromise of hardware. Running all activities inside VMs is a very reasonable approach. However, this only raises the bar and makes it more difficult and/or expensive to compromise the whole system. It is by no means a perfect solution.

No distribution of Linux, BSD, Xen or any other variant can solve the issue of needing to dispose of potentially infected hardware. Hardware-specific issues can really only be fixed at the hardware level. At best, software interventions can only provide workarounds.

The Promise of Libre Firmware[edit]

The problem is no hardware exists that consists of entirely Libre firmware. It is very difficult to analyze the firmware [archive] of hardware, wipe potentially compromised versions, or overwrite firmware with a most-likely-clean version.

Even if a user wholly depended on Libre firmware, this would only make verification easier but it could not stop infection. Disassembling hardware components -- BIOS, disk controllers, CPU, Intel AMT and so on -- and flashing them with clean versions offline is extremely difficult. It is simply cheaper and more convenient to buy new hardware.

The bundling of undesirable anti-features like DRM in closed firmware is further evidence that Libre firmware is needed, in addition to Libre hardware designs [archive].

A hypothetical stateless computer [19] [20] would solve the problem of malware persistence, but it still could not protect against the damage (data-exfiltration) caused by successful exploitation.