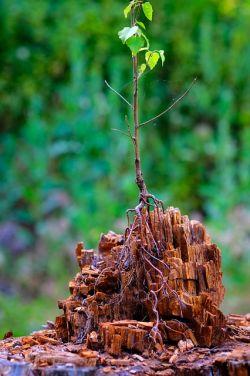 What is the point on a typical single user Linux desktop computer of separating privileged administrator account (called root account) and limited user accounts (such as for example user user)?

If someone steals my laptop while I'm logged in, they can read my email, take my money, and impersonate me to my friends, but at least they can't install drivers without my permission.

This is true for most users using single user computers, using only one user account and no virtual machines. As a counter measure this is why this documentation recommends compartmentalization, that is, running different activities in different virtual machines or even on different hardware.

The rationale of prevention of root compromise has the following goals: [1]

The default root account is locked (or should be locked). [5] This is a purposeful security feature -- see below for further details.

It is recommended to change passwords.

Commands that require root permissions should be run individually using sudo. In all cases:

Inappropriate Use of Root Rights[edit]

Do not think of root as a shortcut to fix issues.

It is very much discouraged to establish the following behavior:
application problem → "try sudo / root".

Only use sudo / lxsudo / root if there is a strong rationale for doing so. Otherwise...

Inappropriate Use of Root Rights:

After inappropriate use of root rights, attempt to fix:

Run the following command to reset permissions of user user's home folder /home/user back to owner user and group user.

1. Do not run graphical user interface (GUI)] with sudo!

Doing so would be an Inappropriate Use of Root Rights. That would fail in many cases and is a limitation inherited from Debian. If this action is attempted, error messages like those below will appear. [7]

2. If there is a legitimate reason to start GUI applications with root rights, use lxsudo instead. [8] Syntax:

For example to start the partition manager gparted by default with root rights.

3. To edit files which can only be edited with root rights. Use the following syntax.

Note: Replace /path/to/file/name with the actual path to the file.

Open file /path/to/file/name in an editor with root rights.

For example to open file /etc/default/keyboard with root rights, use.

Open file /etc/default/keyboard in an editor with root rights.

For security reasons the root account is locked and expired by default in Whonix ™ 15.0.0.3.6 and above. For most users there should be no need to use the root account. If it must be enabled for some reason, run the following commands.

If you can use sudo, you can skip the following box.

If you cannot use sudo:

Earlier versions of Whonix ™ (version numbers lower than 15.0.0.3.6) come with the root account enabled by default. Most users should disable it by running the following commands.

In the future, use sudo instead when it is necessary.

The following steps can be used in case the user entered the wrong password too many times which resulted in the user account being automatically locked.

2. Run the following command. Replace user with the linux user account name which should be allowed to login on the console.

Any graphical application can see what is typed in another graphical application, for any user. [11] [12] Therefore it is safer to create a special, new user account that is less likely to have been compromised, since this reduces the chances of malware sniffing the password to gain root access.

This process is currently for advanced users only since it is quite cumbersome, i.e. has bad usability. The usability of this will be improved once proposal Multiple Boot Modes for Better Security (an Implementation of Untrusted Root) has been implemented.

This setup only needs to be completed once.

Perform the following steps securely using sudo. Use one of the methods below.

2. Switch to another virtual console.

4. Login as user admin from that non-graphical environment (virtual console). [16]

Note: This only needs to be performed once.

8. Switch back to previous virtual console.

9. Re-login if needed and continue usual work as user user.

Note: This step only needs to be performed once.

The majority of users do not need to utilize the su command. [18].

To permit the su command from user user, complete the following steps.

Set suid. Note: It is okay if the second command fails.

Open file /etc/permission-hardening.d/20_user.conf in an editor with root rights.

Steps to permit su command from user user are complete.

Root login within a virtual console will be disabled by default after upgrades. [21] [22]

To enable login from a virtual console, first apply the Enable Root Account instructions further above, then complete the steps below.

Open file $(realpath /etc/securetty) in an editor with root rights.

Note: Add one or more tty depending on your circumstances; see file /etc/securetty.security-misc-orig.

When the root account is disabled, passwordless root login using recovery mode is possible; see below for the security impact.

Replace vm-name with the name of the actual VM where you want to open a root console.

This is only relevant on the host and not inside virtual machines.

With passwordless root login, using recovery mode is allowed (through use of the security-misc package) on the host. To prevent adverse security effects posed by lesser adversaries with physical access to the machine, set up BIOS password protection, bootloader grub password protection and/or full disk encryption.

As long as still using the default password (not having changed sudo password), commands can be run as root without entering a password. This is useful for users having issues with changing the keyboard layout and for testing VMs.

There are five different options for subscribing to Whonix ™ source code changes.