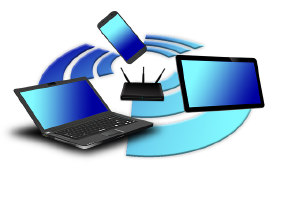 If Whonix-Gateway ™ is ever compromised, it can theoretically access any computer in the local area network (LAN) [archive].

Based on the threat posed by a Whonix-Gateway ™ compromise, those who have administrator control over the home network are strongly recommended to lock down the web interface of the home router and apply the strictest settings possible.

The State of Router Insecurity[edit]

Most routers provided by ISPs and those widely available in electronics stores are profoundly insecure, have outdated software and firmware, enable settings by default that open exploit opportunities, and remain vulnerable if appropriate steps are not taken. [1]

Many experienced users who are concerned about computing security overlook these problems. Instead, they focus on general operating system and networking solutions, rather than this weak endpoint frequently targeted by attackers (including state-level adversaries). Compromised routers can easily spy on activities, conduct man-in-the-middle attacks, alter unencrypted data, or redirect connections to websites that masquerade as webmail or on-line banking portals. [2]

Experts routinely advise that low-grade routers should be avoided, since cheap models often come with these limitations:

As a sensible investment in security, give consideration to purchasing a commercial-grade router that is normally intended for small businesses. It is also safer to have a personally owned routing device that connects to an ISP-provided modem/router because this maximizes administrative control over routing and wireless features of the home network.

Before the final purchase, check the router has firewall capabilities and that it supports Network Address Translation (NAT), so internal systems cannot be directly accessed from the Internet. Also check whether the router can be configured off-line, which is an advantage. Disconnect or turn-off routers/modems when they are not in use. [2] [3]

To access and change router settings, the router's IP address must be typed into the web browser address bar. Next, enter the administrative login and password when prompted. If the default login credentials are unknown, check the following list [archive] and search by manufacturer and model.

Routers usually have a common address like: 192.168.1.1, but there are many variations depending on the make and model. Check the router manual to determine the correct address or alternatively research the manufacturer's website to discover it. [4] If it is still not possible to identify the relevant router address for access, terminal commands can be used to trace the IP route or various networking tools can be accessed to discover it.

On Linux operating systems, run the following command in a terminal. In Qubes-Whonix ™, this command is run in the NetVM terminal.

The output starting with "default via XXX.XXX.XXX.XXX" is the relevant router IP address for changing settings.

Another alternative is to utilize the network icon, which is available on most Linux desktops: Right-click the network icon → Select "Connection Information" or similar.

The IP address displayed next to "Default Route" or "Gateway" is the relevant address required. [5]

This command will show all the interfaces and their respective IP and MAC addresses.

In the terminal, run.

The output should reveal the relevant IP address next to the "Default Gateway."

Alternatively, look for the relevant network settings under: Control Panel → Network and Internet → View network status and tasks → Left-click on the appropriate connection → Left-click on "Details".

The router's IP address is to the right of the IPv4 Default Gateway.

Many router models do not allow changes to the specific settings discussed in this section.

The following settings are recommended to lock down the router.

Contemporary research has discovered a number of faults with the WPA2 and WPA3 security protocols. For instance:

Although various countermeasures are reported and software is available which corrects these problems, they also require firmware updates from Wi-Fi product vendors. These may be rare or impossible depending on the product in question. The researchers still view WPA3 as an improvement over WPA2, but criticize the opaqueness of the standardizing bodies in making flawed decisions that have been considered beforehand.

Strong consideration should be given to flashing the wired/wireless router with an open-source GNU/Linux distribution. Solutions such as OpenWrt [archive] and DD-WRT [archive] provide firmware that is suitable for a large variety of wired and wireless routers and embedded systems.

The strengths of this approach are openness, regularly updated firmware images, greater functionality (fully-featured options), less bloat and more control over router behavior. The downside is that open-source firmware is not free of bugs; careful research is required before attempting this procedure. Check the online guides for instructions on how to proceed and whether the home router is compatible with the available firmware.