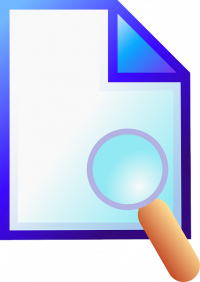 For greater system security the installation of unsigned software should be avoided at all costs. Instead it is recommended to:

Do not continue if verification fails! This risks using infected or erroneous files! The whole point of verification is to confirm file integrity.

Warning: Software should only be installed after a key's fingerprint has been verified and good signatures are produced for files/repositories.

A critical first step in verifying software is legitimate is confirmation that the signing key is authentic -- this requires inspection of the key fingerprint. [3] Always perform this operation before keys are imported or trust is placed in OpenPGP output when verifying files or repositories.

Before file signatures can be safely verified with the signing key, several prerequisites must be met:

The following example shows how the file signature is checked for Tor Browser bundle v8.5, directly downloaded from The Tor Project website.

In a terminal run.

The OpenPGP output should show a "good signature", with the primary key fingerprint matching the one verified by the user earlier on. In this example.

The software can now be safely installed. If the output states "bad signature", then the files and digital signatures should be removed and downloaded again.

If all files downloaded from trusted vendors are verified, then this removes the threat of server compromises, dishonest staff at hosting companies or ISPs, Wi-Fi attacks and so on. The reason is files that have been tampered with will produce bad digital signatures, so long as the public keys used for signature verification are the authentic, original ones (see below).

System security level can be placed into one of three categories. From strongest to weakest these are:

If software was ever installed or started that did not previously successfully verify software signatures, then the system security level is reduced from the OpenPGP standard to either TLS or even the plaintext standard.

Unless a Disaster Recovery Procedure is utilized, it is impossible to increase the security level of a machine or VM (for example, from TLS to the OpenPGP standard).

If the reader shares the Whonix ™ opinion that Transport Layer Security (TLS) provides a weak safeguard, then software signatures must be consistently verified and without exception.

Many educational shortcomings exist with respect to verification of software digital signatures. In the relevant literature, a number of implicit assumptions are made which are seldom spelled out. Unless users are properly educated beforehand, it is unrealistic to expect the majority can successfully verify software signatures and simultaneously notice attacks by advanced adversaries.

When digitally signed software is made available, most often the relevant website will simply state the signing key should be downloaded in order to verify software signature(s). This approach has limited usefulness and whonix.org is not alone in this regard -- the same is true for any software that provides software signatures.

Consider an example of signed software that is available on a random website that is secured by TLS (in this very example TLS vs non-TLS does not even matter). In this hypothetical case, due to the software's file size and economic shortcomings it is impossible to host the software downloads on the same server. Instead, downloads are offered on a mirror network operated by third parties. In such an example it could be argued that mirrors are less trusted than the main project website. In the event the main website offered a signing key, but a malicious file was shipped by a third party mirror, then it could be detected if software signature verification was utilized by the user.

In other cases the software downloads, signing key and software signatures are all provided by the same server over TLS; this is the situation for Whonix ™ and other projects. [7] While this may appear more secure than the first example, no project can guarantee that its server will never be compromised; see Distrusting Infrastructure for further details.

The preceding discussion makes it clear that is unwise to blindly trust whatever a project website says about software signature verification. Relevant threat model questions include:

Competent adversaries are capable of various attacks, including malicious modifications of a project website. Consider the following vectors:

To counter these threats, user intelligence and due diligence is necessary as a sanity check.

Due to the complexity of this issue and very low user awareness, it is unlikely the majority of users are enforcing the "always use software signatures verification" security level. To date, the author of this section has not seen the security level concept explicitly described elsewhere, probably because the relevant information is not widely known. Unfortunately, the existing tools used for manual verification of software signatures have poor usability and better technical solutions that are required do not exist.

Information security level (similar to system security level) can be placed into one of three categories. From strongest to weakest these are:

Other properties and categories are conceivable as well. Such as for example:

In late 2019, malware was in operation that led to the theft of funds from Monero users:

To illustrate the risk of installing unsigned software, consider the following attack which recently used a "trojanized" Tor Browser [archive] to spy on users and to steal Bitcoin. This attack had several elements: [8] [9]

This highlights the possible dangers of installing unsigned software -- loss of anonymity and financial loss in this case. If the victims had instead only installed signed Tor Browser software from trusted and known sources after: verifying they had the correct key pair, confirming the key's fingerprints, and checking the signature file for the software package matched, then they could have bypassed this scam entirely.