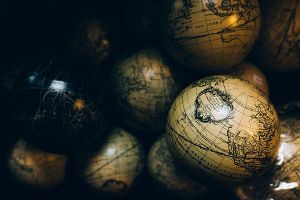 Do not install Qubes inside a virtual machine - Qubes uses its own bare-metal hypervisor (Xen). [1]

Not all virtual machine software is equal when it comes to security. You may have used or heard of VMs in relation to software like VirtualBox or VMware Workstation. These are known as “Type 2” or “hosted” hypervisors. (The hypervisor is the software, firmware, or hardware that creates and runs virtual machines.) These programs are popular because they’re designed primarily to be easy to use and run under popular OSes like Windows (which is called the host OS, since it “hosts” the VMs). However, the fact that Type 2 hypervisors run under the host OS means that they’re really only as secure as the host OS itself. If the host OS is ever compromised, then any VMs it hosts are also effectively compromised. By contrast, Qubes uses a “Type 1” or “bare metal” hypervisor called Xen. Instead of running inside an OS, Type 1 hypervisors run directly on the “bare metal” of the hardware. This means that an attacker must be capable of subverting the hypervisor itself in order to compromise the entire system, which is vastly more difficult.

The take-home message is that Qubes-Whonix ™ is more secure than the default Whonix ™ configuration using a Type 2 hypervisor like VirtualBox. Therefore, it is recommended to install Qubes-Whonix ™ if users have suitably modern hardware [archive].

In Non-Qubes-Whonix ™, using a separate computer for Physical Isolation is certainly more secure than using the same computer for everything in the standard host OS / Type 2 hypervisor configuration. However, it is not clear this is superior to Qubes' compartmentalized software approach [archive].

Consider the pros and cons of physical isolation relative to Qubes: [2]

In summary, the relative merits of physical isolation do not necessarily provide any more protection than Qubes' approach. Physical isolation is relatively difficult, still experimental, inconvenient and requires a significant time investment. On the other hand, Qubes is relatively easy to install, has fully integrated Whonix ™, and is convenient for most activities.

Qubes also supports a host of features unavailable in the physically-isolated model, such as: DisposableVMs, a USB VM, secure copy / paste operations between VMs, secure copying and transfers of files between VMs, and sanitization of PDFs and images.

For these reasons, Qubes-Whonix ™ is recommended for the majority of users seeking a higher-security solution.

For an overview on VM security risks in general, see: How secure are Virtual Machines really? [archive]

The less features enabled, the smaller the attack surface [archive]. The following features can be removed or disabled without impacting core functionality:

It is unclear whether enabling IO APIC, EFI will provide additional protection; further investigation is required.