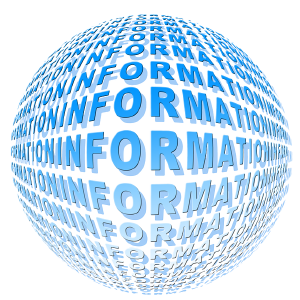 Whonix ™ is a complete operating system with advanced security and anonymity features [archive]. It consists of two virtual machines -- Whonix-Gateway ™ and Whonix-Workstation ™ -- which are designed to be used on a host operating system (OS). The host OS supporting Whonix ™ is usually the one installed on the user's computer, but OSes installed on external drives will also work. Users choose the preferred Whonix ™ configuration and may use either a Type I hypervisor (Qubes-Whonix ™), or a Type II hypervisor like KVM and Virtualbox.

Whonix ™ is Freedom Software and is based on Kicksecure ™ (security-focused Linux Distribution), Tor [1], Debian GNU/Linux [2], and the principle of security by isolation.

Whonix ™ is divided into two VMs: Whonix-Workstation ™ for work activities and Whonix-Gateway ™ to enforce all Internet traffic through the Tor network. [3] This security by isolation configuration averts many threats posed by malware, misbehaving applications, and user error. 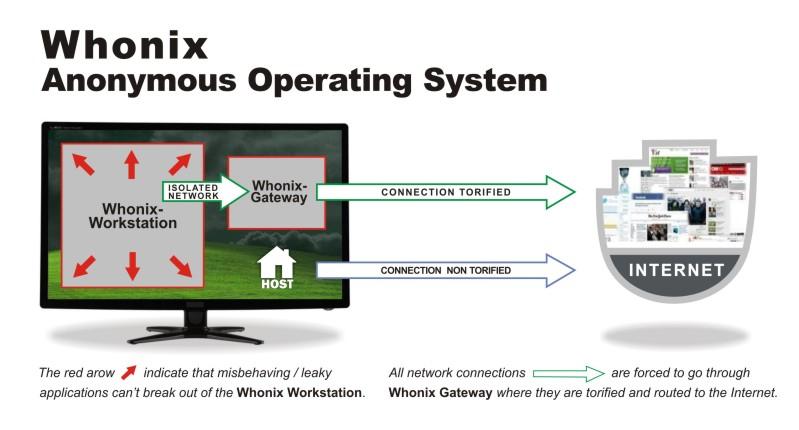 Whonix ™ relies on the Tor network to protect a user's anonymity online; all connections are forced through Tor or otherwise blocked. Tor helps to protect users by bouncing communications around a distributed network of relays run by volunteers all around the world. Without advanced, end-to-end, netflow correlation attacks, anybody watching a user's Internet connection cannot easily determine the sites visited, and those sites cannot learn the user's physical location. [4]

To learn more about Tor, read the official documentation on the Tor website [archive] (.onion [archive]):

In oversimplified terms, Whonix ™ is just a collection of configuration files and scripts. Whonix ™ is not a stripped down version of Debian; anything possible in "vanilla" Debian GNU/Linux can be replicated in Whonix ™. Likewise, most problems and questions can be solved in the same way. For example: "How do I install VLC Media Player on Whonix ™?" -- "The same way as in Debian apt-get install vlc. Whonix ™ does not break anything, limit functionality, or prevent installation of compatible software.

Note that Whonix ™ does not have a fixed release schedule. A new stable release only becomes available when it is deemed ready. Interested users can query the issue tracker [5] and release notes to track developer progress. Stay Tuned.

The deprecation notice is provided at least one month in advance and posted in the Whonix ™ News forum [archive]. Stay Tuned! All users need to upgrade the respective platform promptly in order to remain safe. [6]

Gratitude is expressed to JonDos [archive] for permission [archive] to use material from their website. (w [archive]) (w [archive]) [1] The "Summary" chapter of the Whonix ™ Design and Goals wiki page contains content from the JonDonym documentation Features [archive] page.