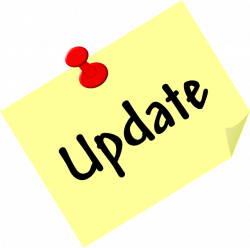 It is inadvisable to run software that has reached end-of-life status. Developers do not fix existing defects, bugs or vulnerabilities in this case, leading to serious security risks.

For example, in 2018 VLC Media Player in Debian jessie [archive] had reached end-of-life status in May of that year. In that case, Whonix ™ users who did not utilize a different media player were at risk, because VLC in Debian jessie has unpatched security vulnerabilities. This VLC vulnerability does not apply to the current stable Whonix ™ 16 release which is based on Debian bullseye.

This procedure is for every day upgrading of Qubes-Whonix ™ and will not perform a Release Upgrade.

Before applying a release upgrade, it is useful to first complete a standard upgrade in both the whonix-gw-16 and whonix-ws-16 Templates, via Konsole:

Then perform the Standard Upgrade Steps below in both terminals.

At least once a day, Qubes users should update the system package lists in all Templates, Standalone VMs and dom0 with the latest version information on new and updated packages that are available for download. [1]

Alternatively, open a terminal in the Template and run.

The output should look similar to this.

Then something went wrong. It could be:

In the first case, check if the network connection is functional by changing the Tor circuit and/or run whonixcheck to try and diagnose the problem. In the second case, try setting clearnet repository links before attempting to update again.

It that case, it helps to run.

And then try again.

If using a terminal, run the following command to install the latest system package versions. [3]

Then do not proceed! Press N and <enter>. Running apt-get update again should fix the problem. If not, something is broken or it is a Man-in-the-Middle Attack, which is not that unlikely since updates are retrieved over Tor exit relays and some of them are malicious. Changing the Tor circuit is recommended if this message appears.

There should be no signature verification warnings at present; if it occurs, it will look similar to this.

Caution is required in this case, even though apt-get will automatically ignore repositories with expired keys or signatures, and no upgrades will be received from that repository. Unless the issue is already known or documented, it should be reported for further investigation.

There are two possible reasons why this could happen. Either there is an issue with the repository that the contributors have yet to fix or the user is the victim of a Man-in-the-Middle Attack. [4] The latter is not a big issue, since no malicious packages are installed. Further, it may automatically resolve itself after a period of time when a different, non-malicious Tor exit relay is used, or following a manual change of the Tor circuit.

In the past, various apt repositories were signed with an expired key. To inspect how the documentation appeared at that point, please click on Expand on the right.

For instance, the Tor Project's apt repository key had expired [archive] and the following warning appeared.

This issue had already been reported [archive]. There was no immediate danger and it could have safely been ignored. Just make sure to never install unsigned packages as explained above.

Although an unlikely outcome, please report any other signature verification errors if/when they appear.

Be careful. If the updated file is not coming from a Whonix ™-specific package (some are called whonix-...), then press n. Otherwise, Whonix settings affecting anonymity, privacy, and security might be lost. Advanced users who know better can of course manually check the differences and merge them.

To determine if the file is coming from a Whonix ™-specific package or not, follow this advice:

Shutdown the Template from Qube Manager: Qube Manager → right-click on Template → Shutdown VM or via the contextual menu.

If new updates were available and installed, it is necessary to either:

Note: If any dom0 packages were upgraded during Qubes system updates, reboot the computer to profit from any security updates.

Sometimes the Debian, Whonix or Qubes onion servers are non-functional. This means updates cannot be completed automatically and an error message similar to below will appear.

Until the onion service is re-established, complete the following steps in Whonix-Gateway ™ (whonix-gw-16) and Whonix-Workstation ™ (whonix-ws-16) to circumvent the issue. [5] [6]

1. Open Debian sources.list in an editor.

Open file /etc/apt/sources.list.d/debian.list in an editor with root rights.

The first two code blocks should look like this; only these blocks require editing.

3. Confirm the clearnet repositories are functional.