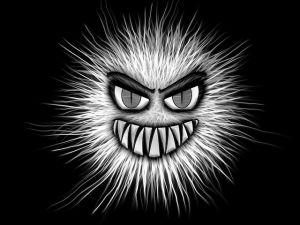 ...an attack on an unattended device, in which an attacker with physical access alters it in some undetectable way so that they can later access the device, or the data on it. The name refers to the scenario where a maid could subvert a device left unattended in a hotel room – but the concept itself also applies to situations such as a device being intercepted while in transit, or taken away temporarily by airport or law enforcement personnel.

There are two main attack methods. The 'classic' evil maid attack involves a device being left unattended and then being tampered with by the attacker. If the system is not password-protected or does not require authentication, it is simply turned on and information is accessed. If the device is password-protected -- as is the case with Full Disk Encryption -- the device firmware is compromised so a false password prompt later appears. When the victim inputs the password, it is sent to the attacker and the compromised firmware removes itself. Afterwards, the attacker returns to the unattended device in order to steal data. [2] [3]

In general it is inadvisable to provide potential adversaries with physical access to a device since they could remove the disk, reflash the BIOS and exfiltrate the TPM. Obviously the safest way to protect against evil maid attacks is to always have the device(s) in your possession. If this is not possible, then placing the device in a safe or lockbox might be feasible. Also consider possible scenarios where the device can be temporarily removed for inspection, like during airport security screening or by law enforcement personnel. Simpler measures that provide some protection include keeping firmware up-to-date and always shutting down unattended devices.

Various methods can be used to detect whether an unattended device has been potentially exposed or handled by nearby persons, including: [5]

If tampering is suspected, the device can be checked for possible malware. Unfortunately this is a difficult exercise and it may just be safer to discard the potentially compromised hardware.

To protect against compromise, it is recommended to utilize hardware with a TPM interface and to configure Anti Evil Maid (AEM) software. AEM authenticates the device to the user since it will only unlock if the correct password is entered and it determines no unauthorized code has been executed on the device. [8] This can avoid compromise as users are notified if any files in the /boot partition are modified; verification occurs before the password is entered. [9]

It should be noted that AEM security is imperfect because it relies upon a closed source TPM. Further, in Intel's case SINIT binary modules are downloaded so that Intel Trusted Execution Technology (Intel TXT) can perform a measured and verified launch of an OS kernel. [10] Although digitally signed, the download step is done without verification and the processor must then correctly verify it and perform initial steps like correct measurements of BIOS/firmware and system settings such as ACPI tables.

AEM has several other limitations: [11]

Note that AEM has (time-based) one-time password support (OTP, TOTP; "google authenticator") (2FA) which is a more secure configuration. It is also possible to use a USB device as the AEM device, but this has strengths and weaknesses: [12]

Despite these limitations, Qubes-Whonix ™ users who have a compatible TPM are recommended to install AEM [archive] in dom0. Also refer to the qubes-antievilmaid README [archive] for further security notes and information on system requirements.

If AEM is unavailable, then weaker alternatives include: