Whonix ™ is software designed to preserve privacy and anonymity by helping users run applications anonymously. Whonix ™ can be installed on Windows, macOS, Linux and Qubes.

To learn more about the design and intended user groups, refer to About Whonix. 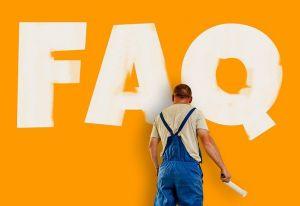 Being anonymous on the internet is extremely difficult. Whonix is an operating system that utilizes top level security research and best practices to help users stay anonymous on the internet. The users themselves however have to be vigilant too so Whonix also provides thorough guides and user documentation that help users be prepared against online traps, scams, tracking and tracing.

To protect a user's anonymity on the Internet on the technological level Whonix uses virtualization and the Whonix-Workstation combined with the Whonix-Gateway to force all connections through the Tor network. Also numerous security mechanisms

are deployed. See also About.

Tor is a free and open-source software for enabling anonymous communication on the internet. Tor runs a global decentralized network of thousands and thousands of servers called Tor relays - hosted by idealistic volunteers who value user privacy. These servers keep Tor users anonymous on the internet by moving data across each other while always hiding some user meta data from the next server so after 4 hops the user is completely anonymous to the requested website but also to the Tor network itself. It's like a tunnel through which the user sends data and requests a website and after 4 hops between Tor servers this Tor tunnel releases the user data to the requested website but with the user IP completely anonymized. As a result, information transmitted in this way is hard to trace. See also: Why does Whonix use Tor?

What are the Advantages of Whonix?[edit]

Using Whonix ™ to go on the internet has several advantages over going unprotected with your Windows, macOS, Linux or other system. Whonix ™ is the most watertight privacy operating system in the world that runs like an app in your host operating system. Whonix ™ realistically addresses common attack vectors which cannot be prevented by using a plain operating system without protection. Data harvesters abuse operating system and browser vulnerabilities in order to unmask the users, track and trace them. As an actively maintained research project Whonix ™ can protect the user and even addresses some theoretical attack vectors which are not yet known to be abused by data harvesters.

Whonix ™ is the best solution to prevent IP leaks (when the user IP address[1] becomes known). Whonix ™ provides a leak shield based on a rock solid, decade long tested, successful architecture. IP leak issues that previously affected to other software were not applicable to Whonix ™ in a number of cases; see Whonix Track Record against Real Cyber Attacks.

to mitigate such attacks and therefore has a huge advantage over using your operating system unprotected.

How is Whonix different from Tor Browser?[edit]

Whonix ™ is a complete operating system (OS) that can be installed on top of your existing OS, not just a browser. Whonix ™ comes with a web browser, IRC client, office suite, and more pre-configured with security in mind. See also Comparison of Whonix and Tor Browser.

Browsers are huge, complex applications. Due to their complexity they are vulnerable to IP leaks as well as exploitable through malicious software (short "malware") and viruses. Without using Whonix ™ once a browser is compromised by malware the identity of the user can be permanently unmasked.

If a web browser (or any application) is running inside Whonix ™ however the user's IP address is still protected even if the browser has an IP leak bug or if the browser has been compromised by malware. This is not a theoretic consideration. This has happened in the past. Only Whonix ™ users did remain safe.

How is Whonix different from Tails?[edit]

Tails is a live OS with optional persistence that can be installed on external drives such as a DVD or USB.

Whonix ™ can be installed inside your existing OS. The user can choose to run Whonix ™ from an internal or external hard drive. Whonix ™ has an optional Live mode, but there is no Whonix live ISO at the time of writing -- this situation is likely to change in the future.

How is Whonix different from a VPN?[edit]

Virtual Private Networks (VPNs) know your identity and online activity and can be compelled legally to share this information with authorities under various circumstances.

VPNs are usually faster than Tor, but they are not anonymity networks. VPN administrators can log both where a user is connecting from and the destination website, breaking anonymity in the process. Promises made by VPN operators are meaningless, since they cannot be verified to be truthful and can be broken at any time. There already have been numerous VPN logging incidents.

Tor provides anonymity by design rather than policy, making it impossible for a single point in the network to know both the origin and the destination of a connection. Anonymity by design provides much more security, since trust is removed from the equation. Since this is a frequent question, a lot information has been made available this topic. See also the short, simple Whonix versus VPNs comparison table

, the detailed Whonix versus VPNs wiki page, advantages of Whonix and Why does Whonix use Tor?.

What is a Virtual Machine?[edit]

In essence, VMs allow you to run an OS inside your current (real) OS -- Whonix ™ is specifically designed for this purpose. In computing terms, a virtual machine (VM) is software which emulates a computer system and provides the functionality of a physical computer.

Whonix ™ is being developed by a core team of independent developers who strongly believe in security and privacy as a human right. The Whonix ™ core team is supported by independent contributors who assume different roles from editors to developers.

Whonix ™ is the most watertight privacy operating system in the world. It is very secure and has proven this track record for many years.

Whonix ™ has many security features

Should I Set Up a VPN with Whonix?[edit]

In a word, no. There are several reasons[2] for this position:

For documentation on how to set up a VPN with Whonix, see: Combining Tunnels with Tor.

Isn't it Dangerous to use a Platform based on Tor?[edit]

A number of myths and misconceptions concerning Tor are perpetuated by a lack of understanding, government propaganda, and a heavy media focus on the potential negative applications of Tor. Millions of people use Tor daily for wholly legitimate reasons, particularly to assert their privacy rights when faced with countless corporate / government network observers and censors. To learn more, see: Tor Myths and Misconceptions.

Where are the Separate Gateway and Workstation Download Files?[edit]

Whonix ™ has introduced unified ova / libvirt downloads. [9] Rather than separate Whonix-Gateway ™ and Whonix-Workstation ™ file downloads, there is now only a single Whonix ™ file which includes both Whonix VMs. [10] [11] The Whonix split-VM design incorporating a separate Whonix-Gateway ™ and Whonix-Workstation ™ remains unchanged.

Most packages installed by default inside Whonix ™ are sourced from the Debian stable repository. The Debian team has noted

The reason that Debian Stable is so reliable is because software is extensively tested and bug-fixed before being included. This means that the most recent version of software is often not available in the Stable repositories. But it doesn't mean that the software is too old to be useful! ... Debian backports security fixes and reliability fixes. Judging software by comparing the version number of the Debian package to the upstream version number does not take this into account. ... Please note: bugs are found in existing software but only new releases of a software can introduce new bugs and vulnerabilities. As a release enters Debian and receives bugfixes, the number of unknown vulnerabilities and bugs will constantly decrease during the package lifetime.