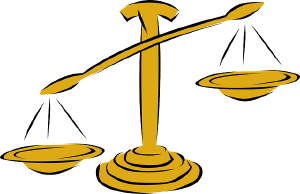 , it has been kept for comparison purposes since it acted like Whonix-Gateway ™ (sys-whonix). [1]

If any incorrect or outdated information is noted, the reader can either directly edit this page, or contact us and we will correct it as soon as possible. Also see the statement about the neutrality of this page.

Installing browser plugins such as Flash is not recommended [133] when anonymity is the goal.

For further information about using Flash and other browser plugins in Whonix ™, see here.

Whonix ™ is not a perfect or unbreakable system, nor can it ever be. However, Whonix ™ does raise the bar for attackers, meaning greater effort and skill is needed to discover the user's real IP address and successfully deanonymize them. The following table summarizes the defense-in-depth provided by the Whonix ™ design.

Statement about Neutrality of this Page[edit]

An impartial comparison of anonymity platforms and tools is difficult, since contributors to this page are most likely Whonix ™ users. Regardless, an imperfect comparison page is better than none at all. The reader should bear in mind that this wiki content might have been anonymously posted elsewhere, such as Wikipedia. The contributors to this page have decided to attach their pseudonyms.

Anonymous edits are allowed and are generally published within a short time frame. Readers who notice any mistakes can immediately edit the page. This entire article is published under a Free (as in speech) license (GPLv3+). [224]

Opinions should always be expressed carefully, particularly when analyzing the merits and weaknesses of other software projects. A range of different opinions already exist on this exact issue. Interested readers can refer to the following resources or add their own:

Systems Omitted from the Comparison[edit]

The following software platforms were not considered in this comparison, but may be included in the future: [225]