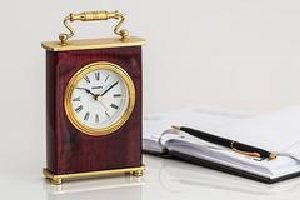 It is absolutely crucial to subscribe to and read the latest Whonix ™ news category 'important-news' to stay in touch with ongoing developments. This way users benefit from notifications concerning important security advisories, potential upgrade issues and improved releases which address identified issues, like those affecting the updater or other core elements.

For user convenience, there are multiple avenues for receiving news. Choose the most suitable option below.

If time-constrained, users should at least read the Whonix ™ Important News Forum Tag. Follow the Whonix ™ News Forums if detailed anonymity / privacy / security-related issues are of interest, or to follow recent Whonix ™ developments.

In the future a theoretical situation might arise that requires users to be notified about a critical security vulnerability, for example: "A severe vulnerability in APT is being actively exploited by Tor exit relays against random users. Stop using APT until there is a solution." Therefore, a reliable mechanism is needed to quickly notify as many users as possible.

Since Whonix ™ is based on Debian, users should consider subscribing to the Debian security announcement mailing list

There are some Official Whonix ™ Social Media Profiles online, but please do not rely on them for the latest Whonix ™ News or to contact Whonix ™ developers (see support and contact).

As some users will disregard this advice, messages from the Whonix ™ Feature Blog are most times posted on

Whonix ™ Facebook Profile. However, they are most times not mirrored to other Whonix ™ social media profiles.

If it is safe to inform others about Whonix ™, feel free to Contribute via an anonymous account that follows or likes these profiles.

If Whonix ™ source code updates are of interest, subscribe to code changes.

for developments from The Tor Project.

Whonix ™ requires a critical mass of users to properly test planned updates by enabling the stable-proposed-updates or testers repository. [3] Otherwise, bugs might go undiscovered and be inadvertently introduced into the stable repository.

To ensure a stable Whonix ™ system is available at all times, willing testers should: