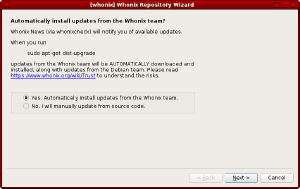 Due to the Whonix ™ design, a user's security is unlikely to be materially affected by preferring the "beta" (stable-proposed-updates) or "alpha" (testers) repositories over the default stable one. [3]

It is easy for users to switch between Whonix ™ repositories.

If you are using Qubes-Whonix ™, please press Expand on the right. 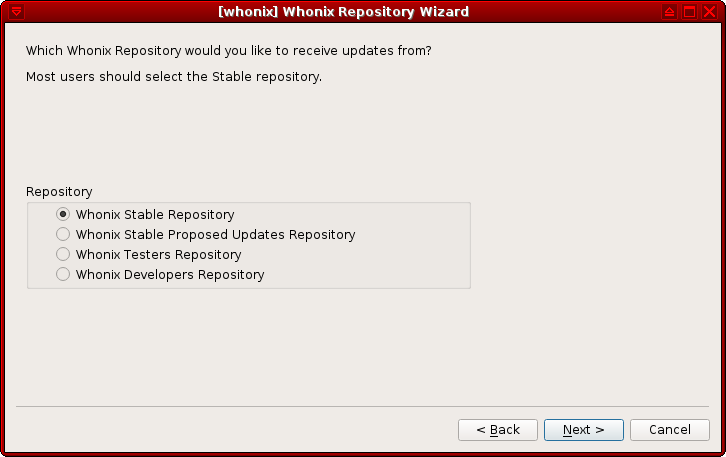 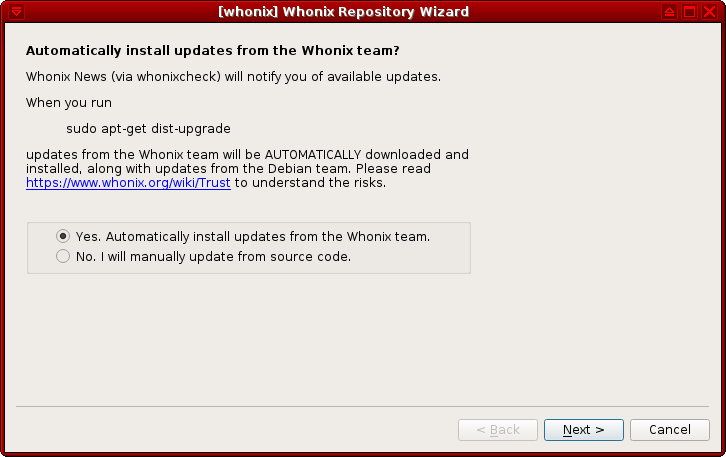 If you are using Non-Qubes-Whonix ™, please press Expand on the right. 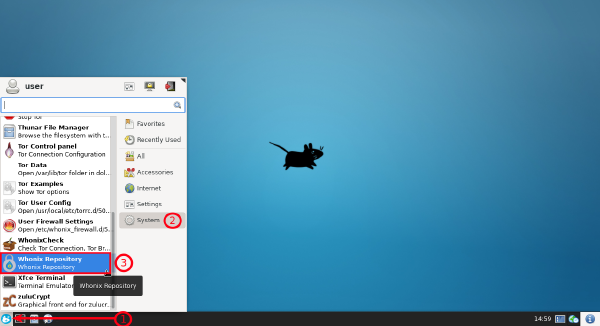 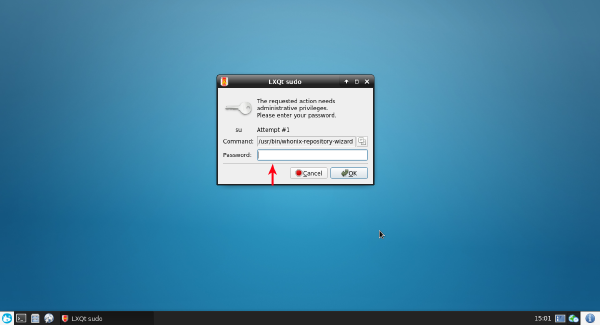 Afterwards, the following window will appear. 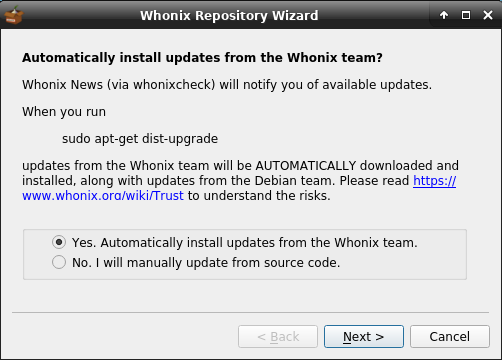 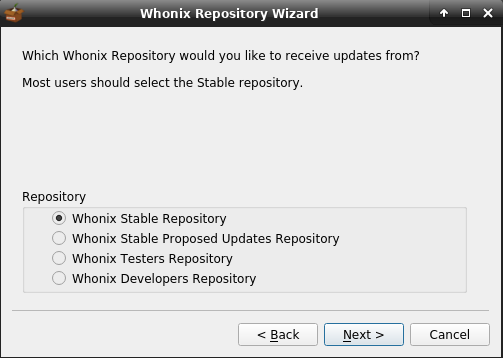 If you are a terminal user, please press Expand on the right. 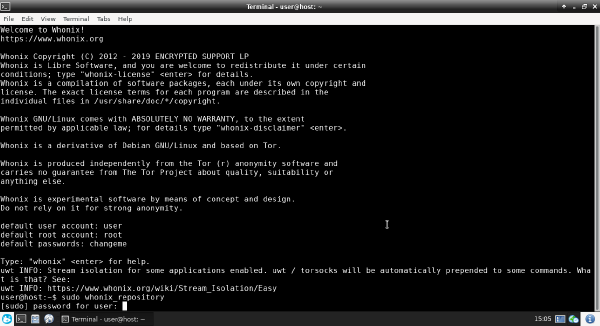 Choose one of the following repositories based on personal preferences.

To use the repository, follow the usual update instructions.

For Trust reasons some users may prefer not to use Whonix ™ APT Repository. In that case, it is necessary to update Debian packages in Whonix ™ from source code, which is inconvenient.

All Default-Download-Version Whonix ™ variants have the Whonix ™ APT repository enabled. It can be disabled via the GUI or in a terminal with the Derivative Repository Tool.

Users can optionally verify Whonix ™ APT repository is disabled after this procedure.

To check the Whonix ™ APT repository was successfully disabled, run the following tests.

This test should not show any Whonix ™-specific keys, such as Patrick Schleizer's OpenPGP key.

If it does not exist, the procedure was successful.

Examine the /etc/apt/sources.list file. It should not include the Whonix ™ APT Repository.

Next examine the /etc/apt/sources.list.d/ folder as well.