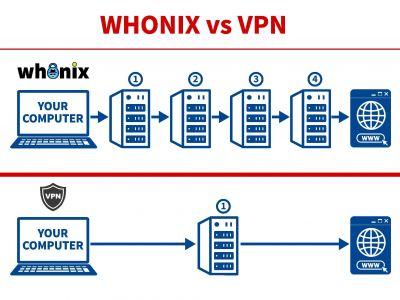 VPNs are not an anonymity tool and should not be used as such. The VPN provider knows exactly who you are and what you're doing. They can find out who you are from your IP address, payment information, emails, usernames, browsing history etc. The VPN provider is in full position to log all of your traffic or launch man in the middle attacks.

Due to browser fingerprinting, VPNs are not suitable for being anonymous when browsing the internet.

VPN software normally does not ensure that users have an uniform appearance on the Internet aside from replacing the user's IP address with an IP address provided by the VPN provider; see Data Collection Techniques. By merging the data, this means users are distinguishable and easily identifiable.

Other studies have shown passive browser fingerprinting to be effective at correlating user identities. [9

] VPN based systems in which a user shares the same browser with non-anonymous web surfing are nearly certain to transfer at least one cookie or other session identifier via the VPN session, which is enough for such an observer to de-anonymize the user via correlation with their non-VPN identity.

Even if the user would be using a virtual or physical VPN-Gateway, would consistently always use a VPN and always use a web browser over VPN but never over clearnet, then due to browser fingerprinting it would still be pseudonymous rather than anonymous. And as soon as the user uses its real identity over the VPN, it would not even be pseudonymous.

By comparison, users using Tor Browser inside Whonix ™, even fingerprint.com can no longer track the user as soon as the user restarts Tor Browser or uses its new identity function.

VPNs are extremely vulnerable to traffic analysis attacks. An adversary can see your connection to the VPN server, connections coming out from the VPN server, compare them and if they look the same, they can take a good guess that it is you. Tor is also vulnerable to traffic analysis attacks but not to the same extent due to the three hops involved in a regular circuit.

Update: Nowadays in Whonix ™ its four, not three hops, thanks to vanguards.

VPNs do not even hide visited websites from your ISP[edit]

Any local observer on the network (ISP, WLAN) can make estimates of websites requested over the VPN by simply analyzing the size and timing of the encrypted VPN data stream (Website Fingerprinting Attacks).

had the success over 90% for VPNs.

In contrast, Tor is quite resilient against this attack.

by Security and Privacy Research Lab University of Washington & The Tor Project:

Many VPN providers or products seem to overpromise in terms of where their products and tools work, making extremely bold claims about privacy, security, and anonymity without having had their claims evaluated to the standards found in the anonymity community.

These claims are unreasonably absolute and they specifically fail to disclose the privileges afforded to the service operators by the design of the system as a whole.

The anonymity community often ignores VPN-based solutions, considering them obviously flawed against strong attackers. Nevertheless, these solutions are routinely employed by users who believe the claims of vendors.

in using a VPN, a user essentially transfers trust, say from their network provider, onto the VPN provider

do not even consider VPNs. Nowadays most research focuses on Tor.

The Snowden documents describe a successful Internet-wide campaign by advanced adversaries for covert access to VPN providers' servers: VPN and VOIP Exploitation With HAMMERCHANT and HAMMERSTEIN

VPN Software is not Designed for Anonymity[edit]

do not even mention anonymity on their respective project homepages.

There are also no discussions on anonymity related attacks such as browser fingerprinting, website traffic fingerprinting and so forth on these websites.

By comparison, for example the homepage of the The Tor Project or the Whonix project are focused on anonymity.

Whenever a tool is pressed into service to provide data security properties for which it was not originally designed and tested, the potential for subtle security flaws greatly increases. In the particular case of a VPN used as an anonymizing service, the issues seem to arise primarily from the conventional relationship the VPN client software has with the endpoint system’s routing table.

But when the goal of the system is to provide strong user anonymity, the requirements become much more stringent. Even a single leaked DNS query or TCP SYN packet may be enough to reveal the user’s identity entirely and subject them to consequences much greater than those of a failed connection. Under these new requirements, the method of securing traffic via the endpoint system’s routing table is insufficient. It proves vulnerable to a number of generic problems that have the effect of expanding the user’s attack surface dramatically.

An unrealistic set of operational rules is required to stay anonymous when a user is purely using a VPN for anonymity on most host operating systems such as Windows, Linux, macOS.

If the VPN is dysfunctional, the user would likely disable the VPN in order to search the internet for a solution or to contact the support of the VPN provider. When disabling the VPN however, all applications previously using the VPN are now using clearnet, i.e. normal internt connections which uses the users's real IP address, which then allows adversaries to trivially link the VPN and non-VPN (clearnet) sessions. Almost all users will use the same computer to research that solution and won't use a dedicated separate computer only for the purpose of contacting the support.

It is totally unrealistic to expect most users to terminate each and every application (some of them running in the background) beforehand as this requires too much complex technical knowledge, attention and discipline. But if some application keeps running, its connections will continue also without it's IP being cloaked by the VPN. The user's real IP address leaks in such situations and is then correlated with former sessions by server logs.

Enabling/disabling a VPN on the host operating system is similar to Tor Browser Bundle's (TBB) past toggle model. In the past, torbutton (which used to be a component of Tor Browser) had an option to enable anonymous (Tor) use for some websites and to toggle (disable) it for others and vice versa. This experiment in user experience design (usability) failed. Through the necessary trial and error in usability design, the developers of Tor Browser recognized that users can easily make mistakes, confuse one website for another under the toggle model. Hence, the toggle feature has been removed from TBB. Nowadays, TBB is an anonymous-only, Tor-only browser. [3]

If an attacker were simply to deny all traffic to the VPN host by way of Deep Packet Inspection, it may cause the user to disable or restart the VPN client, or the VPN connection may even restart itself with a watchdog timer of some kind. Until the VPN reconnection is complete, the client’s routing table momentarily assumes an unsecured default (or even unpredictable) state. Applications the user expects to be secure now simply connect directly.

When using Whonix ™, there is no documented way to disable its traffic anonymization through use of the Tor anonymity network. It is very difficult to reconfigure Whonix-Workstation ™ to connect over clearnet (non-anonymous). Users are unable to do this. [4] Therefore this cannot happen by accident.

VPN Providers Know What You Are Doing[edit]

A number of VPN providers have already handed over user data in the past. Many VPN adherents are unaware of these precedents. Non-exhaustive list of cases where there have been media reports includes, HideMyAss

In comparison with Tor with its need to know architecture and multiple server hops, there have never been any logging incidents.

There are a number of serious security and anonymity risks in wholly relying on VPNs.

The law of triviality / bikeshedding[edit]

There are two possible use cases that might warrant a VPN provider:

If a VPN is essential in your circumstances for whatever reason, setting up one's own Virtual Private Server (VPS)

could be considered. There is no guarantee that a rented server is less likely to be malicious than a standard VPN provider.

The following list of criteria might be useful for a user reviewing the quality of various VPN providers.

The host of security considerations suggest that relying purely on a VPN service for anonymity is unrealistic.

Whonix ™ is more powerful for anonymity than a VPN.

This chapter explains the rationale for this wiki chapter. The reader may skip this section.

This page risks stating things that are obvious, but the question must be asked: "Obvious to whom?". The above points may only be common sense to developers, hackers, geeks and other people with technological skills. It is useful to sometimes read usability papers or the feedback from people who do not post on mailing lists or in forums.

Examples of VPNs being advertised as anonymity tools: 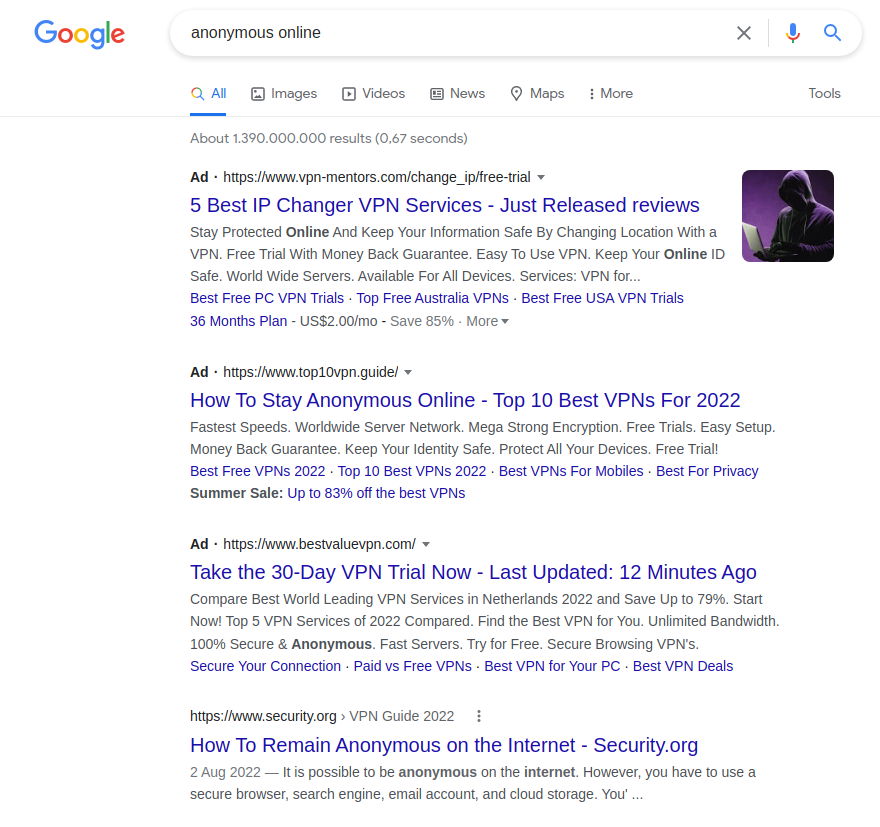 The fact that VPNs are often perceived as anonymity tools has also been confirmed in various research papers:

For examples how highly technical user groups tend to lose contact with non-technical users as far as misconceptions, see also Rationale for the wiki page Tips on Remaining Anonymous.

VPNs in Combination with Tor[edit]

page. If this configuration is preferred, it is easy to set up with Whonix ™; see Tunnel Support.

by Security and Privacy Research Lab University of Washington & The Tor Project.

research paper “All of them claim to be the best”: Multi-perspective study of VPN users and VPN providers

Appreciation is expressed to JonDos

). This wiki page contains content from the JonDonym documentation Other Services