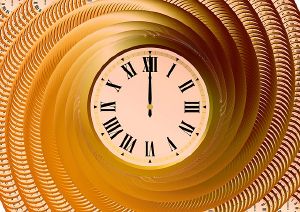 Insecure time synchronization and the leaking of time data exposes the user to a subset of advanced deanonymization attacks. The attack vectors and possible mitigations are described below.

It is practically possible to block all of the clock leak vectors in the preceding section. Users running onion services or those who require very high-level security are strongly recommended to apply the measures below.

This boolean disables both IPv4 and IPv6 TCP timestamps since they are controlled by the same sysctl option.

(Kicksecure ™ does this by default.)

The following line must be added to /etc/sysctl.conf or /etc/sysctl.d/tcp_timestamps.conf

To make this change, run.

To apply the sysctl settings without rebooting, run.

Check the setting was applied correctly.

3. Block incoming ICMP messages and any other incoming traffic with iptables or any of its frontends, such as ufw. [15]

To check the status of ufw, run.

(Kicksecure ™ does this by default.)

For application-level leak mitigation, avoid sending any clearnet traffic. Without clock information leaking from the host, network adversaries do not have non-anonymous timestamp sources to match this data with, even if software on Whonix-Workstation ™ (anon-whonix) misbehaves.

Whonix ™ has implemented sdwdate as a secure time synchronization mechanism to replace NTP. [18] sdwdate-gui [19] is the GUI front-end. sdwdate was written with safety in mind and to avoid the many security pitfalls in NTP. Furthermore, NTP is UDP-based and cannot work over Tor, and onion services must have an accurate clock to be reachable.

sdwdate fetches its time exclusively from reputable sources -- whistle-blowing and privacy-friendly onion sites -- that are very likely to be hosted on different hardware. sdwdate also benefits from the security of Tor's end-to-end encryption.

sdwdate can only protect against passive timestamp linkage of data leaking from both the host and Whonix-Workstation ™ (anon-whonix). It cannot defend against a skilled adversary that is able to compromise Whonix-Workstation ™ (anon-whonix). Via a clock correlation attack, the adversary would discover the host clock when the VM is rebooted, and then link the time readings with any host clock leaks. The only way to prevent this and similar attacks is to stop the leaks in the first place.

In the unlikely event that sdwdate fails to properly randomize the system clock, it is possible to manually set a random value, see: Manual Boot Clock Randomization.