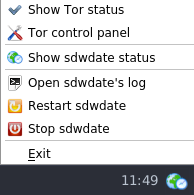 Since Whonix ™ is based on Kicksecure ™, the user can follow the instructions on

Even sdwdate does not work, there's still Boot Clock Randomization

To put it into perspective, Tor Browser Bundle on the host operating system (unrelated to Whonix ™) have neither sdwdate nor Boot Clock Randomization.

This is similar to asking "How secure is Whonix ™)?" See: Security Overview and Whonix ™ Protection against Real World Attacks.

sdwdate-gui makes Tor issues in more visible due to its graphical indication and easily accessible logs. It would be an Unsubstantiated conclusion to deduct that sdwdate is the cause of Tor issues.