Whonix ™ helps to protect users against various deanonymization attacks. This chapter lists many notable "in the wild" attacks

that deanonymized users who did not rely on the Whonix ™ platform, but which failed against Whonix ™ due to its fundamental design. 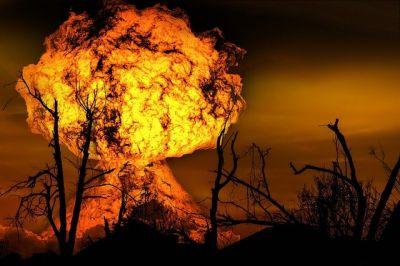 The threats posed by "zero day (0-day) exploits" are not just a hypothetical concern, but a very real one. Since 2014, the Google Project Zero initiative has discovered a new exploit every 17 days, with the majority (68 per cent) related to memory corruption bugs. There has been a large increase in the number of "in-the-wild" 0-day attacks in 2021, with 33 publicly disclosed already halfway through the year; this is 11 more than all of 2020. The spike in zero-day attacks is attributed to an overall rise in the total number of exploits being used, as well as greater detection and disclosure by researchers.

Zero-day exploits (also "0-day" or "0day" attacks) refer to previously unknown vulnerabilities in software. "Day zero" refers to the hypothetical day before "day one" on which the vendor of the software realizes the vulnerability. In other words: "Zero day exploits" are sudden and unexpected attacks that use a newly found out vulnerability BEFORE the software vendor even knows this vulnerability exists.

In one sense the proliferation of 0-days is a positive sign, because it indicates improved overall security now requires attackers to rely more on them for successful exploits. On the downside, there is a significant increase in the number of vendors providing 0-days, particularly for mobile devices due to their popularity. [1]

A widespread and highly profitable industry

has also developed around 0-days, illustrating that all sectors of society are potential targets of the hack-for-hire market, including those involved in politics, advocacy, global commerce and government. Hundreds of commercialized hacking entities have emerged to trade in offensive security, posing threats to individuals and groups who do not have sophisticated cybersecurity resources. In the past, 0-day capabilities were solely developed and used by a handful of nation states to operationalize exploits, but now it is more common for commercial providers to develop exploits and sell them to government-backed actors.

in order to bolster their surveillance and espionage capabilities. Government tolerance and perceived normalization for these types of services reinforces the notion that private individuals and organizations must utilize all available measures to better protect themselves.

On this page there are many examples how Whonix ™ prevented even "Zero-day" attacks that were successful against other software but ineffective against Whonix ™ due to its fundamental security and anonymity design.

Below there is a list of examples of real cyber attacks - many of them zero-day exploits - which affected thousands of users but did not affect Whonix ™ users due to its design advantages. In its more than 10 year history Whonix ™ has a strong track record even against software vulnerabilities that have not been know previously.

have been reported when using ordinary proxification methods. Since Whonix ™ prevents information leaks however, using BitTorrent in Whonix ™ did not leak a user's real external IP address (see File Sharing). The reason is Whonix-Workstation ™ (anon-whonix) has no knowledge of the external, ISP-facing IP address and therefore cannot leak it.

Whonix ™ prevents information leaks from browser plugins since it has no knowledge of the real external IP address. This protection also applies to Flash-based applications used by advanced adversaries

. Nevertheless, it is NOT recommended to install browser plugins such as Flash when anonymity is the goal. [2] See Browser Plugins for further details.

Browser fingerprinting can used to track the user similar to an IP address. This is common practice on the internet. The fingerprint.com tracking software alone is used by 12% of the largest 500 websites use fingerprint.com.

When using a normal browser such as for example Mozilla Firefox or Google Chrome, the browser fingerprint of the user will always be the same and therefore trackable. No matter what IP the user is using, any website using one of the easily accessible and popular browser fingerprinting services can always link each visit by the user to the same pseudonym.

Nautilus and other file managers (2017)[edit]

was reported in Nautilus file manager that allows an attacker to disguise a malicious script as a .desktop file. [3] This vulnerability was later reported to affect other file managers too. In this attack, an adversary tricks the user into downloading the .desktop file from a website or sends the file in an email. Once the file is on the target's computer, the file (PDF, ODT) only has to be opened by the user for the script to execute.

security model.[4] Since Subgraph does not contain Nautilus in an Oz sandbox, [5] once the malicious script was executed, it would have enabled access to much of the user's data; PGP keys, SSH keys, stored email, documents, password databases, MAC addresses and nearby Wi-Fi access points.

This sensitive information could be used by attackers to deanonymize the user, [6] but Whonix ™ defeats this attack and others like it. Since Whonix-Workstation ™ (anon-whonix) is isolated from the host and Whonix-Gateway ™ (sys-whonix), even if a malicious .desktop script is executed, no information can be gathered about the external IP address, hardware serials or sensitive data outside of Whonix-Workstation ™ (anon-whonix). [7] Once Subgraph developers were informed of the vulnerability, the Nautilus package was patched on the platform. [8]

was published that targets P2P applications in order to trace and profile Tor users. Whonix ™ defeats this attack and others like it because Whonix-Workstation ™ (anon-whonix) has no knowledge of the external IP address. Furthermore, Whonix ™ provides extended protection by using Stream Isolation.

A bug was found in Pidgin that would have leaked the real IP address. [9] Whonix ™ did not exist when this bug was discovered. Nevertheless, the security by isolation model adopted by Whonix ™ prevents this kind of leak from occurring. Notably, this bug only existed in the developmental source code and it was patched before the release date.

Whonix ™ defeats this and other time attacks since it uses Boot Clock Randomization and sdwdate. This program connects to a variety of servers (likely to be hosted on different hardware) at random intervals and extracts time stamps from the http headers. Using the sclockadj option, time is gradually adjusted thus preventing bigger clock jumps that could confuse logs, servers, Tor, i2p, etc. [10] [11]

It is not recommended to run Tor relays on a publicly reachable server along with an Onion Service on the same server. This configuration aids traffic correlation and fingerprinting.

the real external IP address. Although Whonix ™ did not exist when this bug was discovered, it would have been impossible for the real external IP address to leak, since Whonix-Workstation ™ (anon-whonix) has no knowledge of it. In fairness to Tails, this kind of leak is now considered unlikely since they no longer use transparent torification. [12]