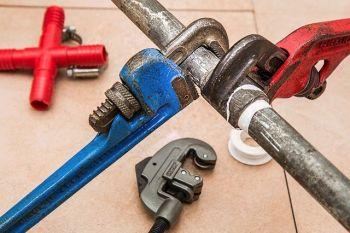 This wiki page lists and document all major leak tests.

Unfortunately, leak testing is as complicated as programming. One cannot learn it in a short period of time and it is highly unlikely to find an online volunteer teacher. It is infeasible for the Whonix ™ project to educate everyone in the depths of networking.

There are too many websites for leak testing. (Some are offline.)

None of the Leak Testing Websites running inside Whonix-Workstation ™ is able to find out the real external clearnet IP address, no matter if plugins, flash and/or java are activated.

Deactivating the DNS on your host should result in not being be able to nslookup anymore, but Whonix-Workstation ™ nslookup should still be functional.

This is similar to Deactivate host DNS. Instead of disabling host DNS, in Qubes terms that would be "disable Qubes dom0 DNS". But since Qubes dom0 is non-networked by default, that is also inapplicable.

This is already the default. For details, see Whonix-Gateway System DNS.

comment out everything (# before every line so everything is ignored).

Another very poor manish leak test: Because Tor's DNS resolver does not handle AAAA records this will not return any google hostnames if run on Whonix-Workstation ™ and DNS requests aren't leaking. Running.

Tor also does not support DNSSEC yet. Running.

Leaks through the host or VM[edit]

If there's no gateway running, there nobody the workstation can connect to. The workstation internal network endpoint being the gateway simply being unavailable.

First, make sure both VMs are online. Since ICMP is not supported by Tor and filtered by Whonix ™ firewall, you should not be able to ping any servers.

) The test has been adapted for Whonix ™.

Close your browser and cease all other non-Whonix ™ online activity to avoid contaminating the following test.

Run tcpdump. Replace -i wlan0 with your network interface. If you use -i any, you will also see transproxied packets (which are not normally leaked).

For testing/learning, connect to 74.125.28.104 (ping, open in a browser, use curl, scurl or similar) and see how it looks like when a connection to that IP is being made.

Variations of this test:

On Whonix-Gateway ™ start looking for leaks.

You need to install the anon-gw-leaktest package.

On Whonix-Workstation ™ try to produce a leak.

You need to install the anon-ws-leaktest package.

If you are wondering, how this works and what that does, the old article, Dev/Leak Tests Old is still being kept.

The expected result in the Template a functional download, that stops as soon as Tor is stopped.

You can now start Tor in your Whonix-Gateway ™ ProxyVM again.

Repeat this test with your Whonix-Workstation ™ Template (commonly called whonix-ws-16).

Tor exit relays are hosted by volunteers in many different countries which also keep changing, specifically if a previous Tor circuit was previously unusable by Tor (as simple as a Tor relay restart due to applying operating system updates leading to a Tor circuit being down and user experiencing connection reset).

Location detection can be very inaccurate. Sometimes clearnet IP addresses are being detected several hundred miles away from the actual location. Source: personal experience of Whonix ™ developer Patrick. There are probably many people on search engines confirming the same. Please edit if you know any better sources and/or structured research in this topic.

In the personal experience of Whonix ™ developer Patrick, for example Twitter /settings/sessions

While Twitter /settings/sessions is not branded as a browser test it is effectively a browser test. Therefore issues described with these on the Browser Tests wiki page equally apply.