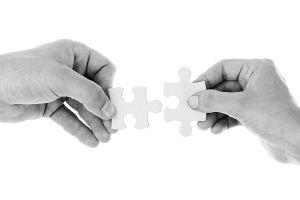 By Whonix ™ default, Tor is used for DNS resolution. If you suspect a Tor exit relay to tamper with DNS, you can get a second opinion from another non-Tor DNS server. This may also be useful, in special cases if you want to resolve types of DNS over Tor, which are unsupported by Tor itself, such as MX [1], SRV or DNSSEC. [2]

Note, that even if you correctly set up all settings, it might happen that this won't work. Sometimes Tor or the DNS server causes a timeout. This gets even worse, when you additionally tunnel the DNS request through an additional proxy (for example: Tor → JonDonym → DNS server).

Note that most applications, such as Tor Browser, will not automatically profit from setting up an alternative DNS resolver.

However, you could use alternative DNS revolvers with these applications when deconfiguring socks proxy settings.

For example, Tor Browser would be unaffected by these changes alone. In theory, a user that intended to change Tor Browser DNS settings would have to enable transparent proxying in Tor Browser which however is discouraged as this changes the web fingerprint.

do not support encryption yet

, there is a DNS Security Optimization Problem

These instructions completely replace Tor's DNS resolver the whole Whonix-Workstation ™. Not recommended for a longer amount of time, see warning above.

Open file /etc/unbound/unbound.conf.d/50_user.conf in an editor with root rights.

server: hide-identity: yes hide-version: yes interface: 127.0.0.1 do-ip6: no tcp-upstream: yes ## TODO: onion resolution over Tor-only does not work yet. ## Please use search engines, see unbound documentation, ## find out how to fix this and improve this documentation! ## ## Optional to leave resolving onion to Tor. ## Feel free to comment the following 4 lines out, ## but this would break onion resolving since unbound ## cannot resolve '.onion' domains. #forward-zone: # name: "onion" # forward-addr: 10.152.152.10@9050 # forward-no-cache: yes

B. Install the dnssec-trigger package(s).

The procedure of installing package(s) dnssec-trigger is complete.

DNSCrypt supports encryption, DNSSEC but DNSCrypt does not validate DNSSEC signatures yet

These instructions completely replace Tor's DNS resolver with a dnscrypt-enabled resolver for all users and the whole Whonix-Workstation ™. Not recommended for a longer amount of time, see warning above.

Apply all instructions inside your Whonix-Workstation ™.

B. Install the dnscrypt-proxy package(s).

The procedure of installing package(s) dnscrypt-proxy is complete.

Add the following text at the very top of the file. Note: The default server did not work for the author of this page. Therefore the following instructions advice to comment that server out and add a random alternative server was chosen which worked. [11] This is not an endorsement or non-endorsement of any server. Pick your own server. DNSCrypt publishes a list of servers here

3) Open file /etc/resolv.conf in an editor with root rights.

Test again. Now it is expected to fail.

Test again. Now it is expected to work.

Why not Use DNSCrypt by Default in Whonix ™?[edit]

may have good use cases for clearnet activities. However, it is not useful in Whonix ™ and therefore should not be installed and activated by default for everyone. Although some users may have high expectations, DNSCrypt does not magically solve all DNS-related security issues, nor does it implement end-to-end DNS encryption to the destination server. [13] Most important of all, the server will still see all DNS requests in cleartext. [14]

There are several other reasons why DNSCrypt is not activated by default. Firstly, Tor distributes trust because the DNS server changes as circuits are rotated. For pre-installed applications, circuits are also stream-isolated and change every ten minutes by default. Notably, in early 2018 there are 78 open resolvers

that support the protocol.

Public resolvers supporting DNSCrypt have not yet acted in a way to cause mistrust. However, even if the operators were absolutely trustworthy, complete confidence is also needed in their servers - it is unwise to let the DNS security for all Whonix ™ users depend on a few servers. Another consideration is load balancing. If Whonix ™ relied upon a DNSCrypt supporting server by default, DNS would break for all users if that server ever decided to forbid connections from the Tor network [15] or if the servers went down for maintenance.

Can I Use DNSCrypt on the Host or Router for Clearnet?[edit]

This configuration is possible; read the next section before proceeding.

Does DNSCrypt on the Host or Router Harm Anonymity when Using Tor / Whonix ™?[edit]

It is debatable whether DNSCrypt is useful or not for clearnet activities since there are various pros and cons. It is useful when using foreign or untrusted Wi-Fi networks that are shared with others, since DNS requests could potentially be modified or read. That said, trust is just shifted from the ISP to a DNSCrypt-supporting DNS server, such as OpenDNS. If the DNS server supporting DNSCrypt leaks a user's network address and/or logs queries as part of their business model, then it might actually be worse than using the ISP! It is hard to mount an argument for which party is more trustworthy, the ISP or a third party provider.