VPN-Firewall: Enforce use of a VPN 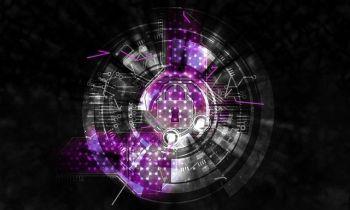 If you simply add a VPN using common instructions, it generally fails open. That means, if the VPN breaks down, because the connection is interrupted, traffic will be send without the VPN.

What does it do[edit]

What does it NOT do[edit]

[1] This probably does not apply to VMs / computers behind a VPN-Gateway (when using the #Forwarding feature).

You should test if VPN-Firewall does what it claims.

Use VPN-Firewall outside of Whonix ™ only! (Whonix ™ users should use the built-in VPN_FIREWALL features of Whonix-Gateway ™ and/or Whonix-Workstation ™, see Tunnels/Introduction and its sub pages for documentation.)

Since setting up OpenVPN including a secure, leak preventing fail closed mechanism is challenging, it is highly recommend to learn how to set up OpenVPN on Debian stable (currently: bullseye). Get a Debian stable VM. Install the Debian openvpn package. (sudo apt install openvpn) Figure out how to set up your VPN using OpenVPN in the command line. Only proceed if you succeeded setting that up. Do not post support requests regarding these instructions before you succeeded with that basic exercise. You find some help with general VPN setup in the #VPN Setup chapter or on the TestVPN page. There however are ways to get help from various sources for that basic exercise, also your VPN provider may be of assistance.

If you had any installed. Otherwise you can skip this.

Non-Qubes users can ignore this.

1) If you are using Qubes OS

as your host operating system, it is recommended to use a StandaloneVM for this. For more information, see footnote. [2]

The following example uses the Riseup VPN, because it is known to support TCP, UDP and SSL. However, any preferred VPN provider can be used.

For this example, for this step, a Riseup account is required. Unfortunately, the former free VPN service is no longer available. [5] This means to create an account you will need an "invite code" from a current Riseup user.

When editing the VPN configuration file the use of DNS hostnames is not supported. This means IP address(s) of the VPN must be used.[6] Therefore, vpn.riseup.net cannot be used, but an IP address such as 198.252.153.226 should be used instead. To discover the IP address, check with the provider or use nslookup on the host. For example, to verify the actual IP address of the vpn.riseup.net DNS server, run.

Users preferring not to install resolvconf should read the footnotes. [8]

Comment everything out by adding a # in front of all entries. Alternatively, empty or delete that file. [9]

Since OpenVPN will be run under user tunnel, that user requires read access to the folder /etc/openvpn.

Should not include your original DNS settings.

Ping test. Ping some IP. In the example below, we ping google's DNS server. Maybe better use some server of your choice.

Test DNS and output IP address. Remember these results so you can compare it to what you get later after VPN-Firewall is installed and running.

Or manually run curl with these parameters. [11]

Signed git tags and commits available. TODO: document how to verify, use some wiki template

If you want to forward traffic for virtual machines (or other computers on the LAN), it can be enabled through an option.

Experimental! (The forwarding feature has not yet been tested for leaks!)

The forwarding feature has only been developed and tested in a Qubes ProxyVM. Non-Qubes is unsupported!

(The forwarding feature was introduced in May 29 2016. You might need to update vpn-firewall.)

(There will only be a 30_qubes.conf drop-in for Qubes users. Non-Qubes users can ignore this.)

At next boot, VPN-Firewall should be automatically starting. It would not hurt to check it really does by checking netfilter-persistent status at next boot.

1) Have VPN-Firewall set up as per above instructions.

2) Test if it works. Check whatismyipaddress.com to see if you your external IP is from the VPN. Check your DNS using dnsleaktest.com as well and compare these results to the results you had earlier. If your nameserver is the same as before or does not match your VPN's DNS then there is a problem and you will need to troubleshoot.

4) Check if you can still connect to whatismyipaddress.com.

If yes, bad, something is wrong.

If no, good, you won't connect to any remote servers.

The following is great for users for additional protection from leaks. This fallback is as safe as previous ways to firewall VPNs. It however would not defeat the shared VPN/Tor server leak bug

. (It however is awful for developers since this would cloak eventual leaks in VPN-Firewall.)

You can skip this troubleshooting chapter unless any difficulties are encountered.

There are two similar, yet distinct projects: standalone VPN-FIREWALL and Whonix TUNNEL_FIREWALL. Although both are alike, there is one difference that might be encountered. For instance, in the VPN Configuration File section:

Be sure to use the right version of ip unpriv depending on whether VPN-FIREWALL or Whonix TUNNEL_FIREWALL is in use.

In openvpn.conf do not use.

In openvpn.conf do not use.

To avoid permission issues, do not:

Files in the /run/openvpn folder are owned by root, so they cannot be overwritten by the user tunnel.

Use ip_unpriv as documented above.

This only applies if resolvconf is in use.

Permissions on two directories may need to be manually changed if they are not automatically applied. Check if changes are necessary with the following command.

If the output lists tunnel as having read / write / execute permissions for both /run/resolvconf and /run/resolvconf/interface, then nothing needs modification. If tunnel is not listed as a group for one or both directories, then permissions need to be changed. In that case, run.

Then set the necessary permissions.

In /run/resolvconf, resolv.conf may or may not be owned by tunnel, depending on whether the systemd service has already started. There is no need to modify permissions on this file, as the permissions will change when the service starts.

Phrases such as "over Tor" are ambiguous. Please do not coin idiosyncratic words or phrases, otherwise this leads to confusion. Please use the same terms that are consistently referenced in documentation, such as:

Always refer to the connection scheme when requesting support, such as:

How to unload VPN Firewall? If you know what you are doing... Either...

I don't think I can ever make this standalone VPN-Firewall project as leak proof as Whonix ™ as is. This is because I invented VPN-Firewall alone from scratch - in comparison Whonix ™ was an evolution of existing previous documentation and created by multiple contributors. Also VPN-Firewall is younger, receives less attention by the community, and a lot more difficult to set up than Whonix ™. All these factors lead to lower popularity and thereby less eyes on the implementation. Specifically the #Forwarding feature should be activated with care, since it is my first project using IP forwarding. If you have any suggestions on how to avoid IP forwarding, please make them.

We are looking for contributors and developers. Maybe you?