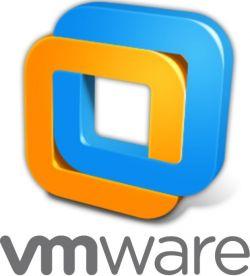 At the time of writing, the VMware Workstation Player

software package can be downloaded free of charge for x64 computers running Windows or Linux. The VMware vSphere Hypervisor provides a local virtualization solution for running a second, isolated operating system on a single computer, although it has less features than the commercial VMware Workstation product; see here

for a full description of supported platforms, version history and features. A community website

is also available for discussing and resolving issues that are encountered.

This is important! Do not use host-only, NAT or bridging for the virtual network adapter! For example, in testing the vmnet9 virtual network was configured because it was not used by anything else.

Note: if vmnetX -- for example vmnet8 -- is already in use by the NAT adapter, do not re-use it for the custom adapter. In that case, utilize something else like vmnet9.

Due to an upstream VMware bug, the VM time is not set to UTC. Manually make this change, otherwise Tor connections might fail.

Simply importing the .ova templates will not work because ESX(i) will not recognize the hardware family. Existing workarounds include using VMware Workstation or extracting the .ova and then editing the .ovf files.

One method of running Whonix ™ on ESXi is to extract the .vmdk (VM virtual disk) files; one example can be found here

To import the appliances:

Warning: Double check the vSwitch logic in the following setup!

These instructions are unfinished.

If you prefer building from source or the previous instructions did not work, the following method was successfully tested with Whonix ™ 14.0.0.9.9 and ESX(i) 6.7.

1. Using a 64-bit Linux machine, build both Whonix-Gateway ™ and Whonix-Workstation ™ with the --target raw instruction.

2. Use qemu-img to convert the raw images to vmdk.

1. From ESX(i), create a new virtual switch for internal traffic.

Important: Delete the uplink by clicking the x! Create a new port group for internal traffic using the virtual switch that was just created.

Then boot the machine.

Then boot the machine.

Note: This machine will have no WAN access unless a static route is added or eth0 is modified to DHCP.

Using VMWare Workstation as an Intermediary[edit]

If VMware Workstation is available, the following method works without manual extraction and repacking:

In addition to the steps outlined below, also refer to the System Hardening Checklist and the Essential Security Guide and Advanced Security Guide Documentation entries.

The following measures are recommended for improved security:

. Be cautious of this configuration because it can cause information leakage: