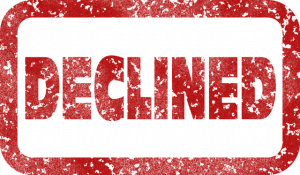 Declined feature requests are out-of-scope feature suggestions that are not on the Whonix ™ development roadmap.

This wiki chapter relates to feature requests that have been declined by developers. There are several reasons for a request to be declined; in general, an impartial assessment determines it is incompatible with either the current project priorities, goals and/or policies. The Community Feedback wiki entry provides additional context and factors influencing decision-making:

In simple terms, declined feature requests are not on the Whonix ™ roadmap and are unlikely to be considered in the future. This also means any voluntary contributions would be refused and Premium Support is unavailable for possible implementation.

Whonix ™ community members should not be discouraged if a feature suggestion is declined. The Whonix ™ project will always remain highly receptive to genuine feedback and suggested improvements from users. For around a decade Whonix ™ has prospered from community input and every suggestion will continue to be noted and carefully considered.