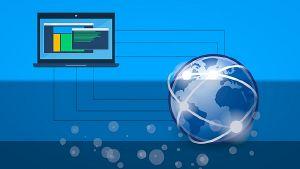 For Whonix ™ on macOS, see macOS.

All network cards, both wired and wireless, have a unique identifier called a MAC address. [1] MAC addresses are stored in hardware and are used to assign an address to computers on the local network.

The MAC address is normally not traceable because it is not passively sent to computers beyond the local router. [2] However, other computers on the local network can potentially log it, which would then provide proof the user's computer connected to that specific network. If users intend to use an untrusted, public network then MAC spoofing should be considered. [3]

Warning: According to recent research, MAC address spoofing is not effective against advanced tracking techniques that can still enumerate the address by inspecting the physical characteristics of the Wi-Fi card. [4] Unfortunately, a viable solution requires manufacturers to modify drivers or firmware of their hardware products to add privacy preserving mitigations.

Apart from the difficulty in creating an appropriate MAC address for spoofing purposes, there are also technical hurdles to overcome in the form of preventing automatic network connections.

It is futile to prepare a spoofed MAC address if the computer instantly connects to the public network after booting, disclosing the user's real MAC address in the process:

One immediate workaround for the Wi-Fi card profiling threat is to buy new "burner" Wi-Fi USB sticks from different manufacturers. Take care to disable the computer's native Wi-Fi functionality in the BIOS settings if pursuing this option -- the computer's characteristics will have likely been logged if it was ever used from an untrusted hotspot. Burner devices should only be enabled for connectivity at the intended public destination. If this advice is ignored and burner devices are used for network connections at locations tied to or regularly visited by the user, this can lead to deanonymization. A different burner stick should be used for each new location to avoid geographical profiling / tracking.

Warning: Using a completely random MAC address is not recommended. While this technique might be sufficient to confuse lesser adversaries, it will not defeat skilled adversaries.

The problem with using a random MAC address is that the chosen vendor ID may be non-existent. Even if it exists, it is possible to end up with a vendor ID which has either never been used or not for decades. When spoofing MAC addresses, it is critical to use a popular vendor ID. The initial, second part of the MAC address can safely be random or unique. [5]

Research on this issue is still ongoing. At present, Whonix ™ cannot provide detailed instructions on how to create appropriate MAC addresses fulfilling the criteria above.

An authentication technique can fingerprint devices by observing inter-packet timings on a LAN's wire-segment; one side effect is that user devices can be tracked. The timing effects are the result of how various components in a machine create packets. [6] Fortunately, this technique cannot be used to identify devices across the Internet. [7]

This technique can be defeated by inducing random delays in a machine's packet stream. Since there is no problem with impersonating other devices on the LAN, it does not matter that such an authentication system will view these machines as "unknown". [8] Note also that spectrum analyzers have been used to fingerprint the unique electromagnetic (EM) characteristics of a Wi-Fi card. The disposable USB Wi-Fi workaround described further above would mitigate this attack. [9]

Dealing with the MAC address problem is only one piece of the larger location tracking puzzle. Users must also contend with changing the usual Tor entry guards used for connections across different locations, in order to prevent guard fingerprinting. To mitigate this threat, follow one of the recommended configurations:

To fully thwart this threat, entry guard changes are necessary for every Tor instance on the user's machine host (apt-transport-tor) and guest.

Tip: MAC address changes for home connections are not required.

Warning: This recommendation comes with an important caveat. If a browser exploit is successfully used to reveal activities outside a VM, then the physical MAC address might be discovered by the attacker. If a user is already under suspicion, this would eventually provide proof of identity. In this scenario, if the MAC address was changed beforehand, then root access is required to discover the real physical address (this has not yet been tested).

This refers to use of computers in public places like libraries and Internet cafes.

The MAC address should not be changed in this scenario, otherwise it may bring undesired administrator attention to the service/user and/or simply prevent access to the Internet.

This refers to using a personal laptop, desktop or any other Internet-facing device in a public network.

In this scenario, the MAC address must be changed and a new set of Tor entry guards should also be configured. [10] Attempts should be made to disguise the use of Tor from the administrator of the public network. Depending on the user's configuration, this may involve using an obfsproxy bridge or the tunneling of traffic through SSH or a VPN prior to connecting to the Tor network.

Depending on the user's threat model, changing the MAC address and using Tor might rule out revisiting that public network again in the future. If the same public network will be reused, then it is necessary to decide whether to use the same MAC address (and set of Tor entry guards) or to generate a new one.

If MAC address logging by the administrator is suspected, it is unwise to change the MAC address and arouse suspicion. If it is assessed the network is sufficiently public and observation is unlikely, then it might be safe to use a new MAC address -- with a popular vendor ID and random/unique second part (identifier) -- each time the network is used.

For further discussion on this rather complex topic, see Dev/MAC.

If you are interested in MAC address spoofing in Non-Qubes-Whonix ™, please press on Expand on the right.

TODO: please help to test and improve these instructions.

In a terminal, run.

The following steps will manually change the MAC address for the device. An example is provided for a wireless device (wlan0). Replace wlan0 to match the device being spoofed, such as an ethernet device (eth0) and so on.

If instructions from Step 1+ did not work, the following steps might also work without macchanger. Replace wlan0 to match the specific device. su

Or use iproute2 commands to change the MAC address. ip link set down wlan0

If this is desired, add.

To prevent new network interfaces being brought up automatically, comment the following.

Then configure manual bring ups with the following setting.

These steps are untested.

1. Find the current MAC address of the interface. [11]

The first line is the MAC address of the interface.

Note: There is no eth0 on default macOS configurations. By default, en0 and en1 are the physical network connections (wired and wireless LAN). [12] Disconnect from any networks before running these commands.

In a terminal, run as an administrator.

The output will show the MAC address for the en0 interface. Depending on how many interfaces there are on the computer, the command might need to be run several times by adding 1 to the number each time.

Once a MAC address is listed that matches the one seen via System Preferences, the user knows which interface (en0, en1 ...) to change.

In a terminal, run the following as an administrator. Below, change en0 to match the relevant interface, and replace "XX:XX:XX:XX:XX:XX" with the desired new MAC address, for example: f8:1e:df:d8:9d:8a

3. Check the MAC address has changed.

In a terminal, re-run.

The output should show a value matching the user's change.

Qubes OS does not currently “anonymize” or spoof the MAC address automatically.

Qubes users can manually change MAC addresses in the NetVM by following either the Network Manager or macchanger guides. MAC Address Randomization capability for Wi-Fi

has been implemented, but it is not applied by default.

Refer to the following Qubes documentation and related support items for further information and advice:

In Windows, the MAC address can be changed with specific tools, by editing the registry or via Device Manager.

The following steps spoof the MAC address in Windows 10 via Device Manager: [13]

Reboot the computer for the changes to take effect. To check the changes are functional, in a terminal run.

The physical address of the adapter should show a new MAC address.