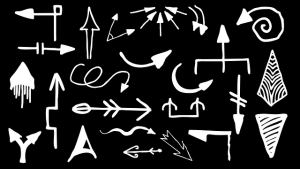 Keystroke biometric algorithms have advanced to the point where it is viable to fingerprint users based on soft biometric traits. This is a privacy risk because masking spatial information -- such as the IP address via Tor -- is insufficient to anonymize users. [1]

Users can be uniquely fingerprinted based on: [2]

A unique neural algorithm generates a primary pattern for future comparison. It is thought that most individuals produce keystrokes that are as unique as handwriting or signatures. This technique is imperfect; typing styles can vary during the day and between different days depending on the user's emotional state and energy level. [2]

Unless protective steps are taken to obfuscate the time intervals between key press and release events, it is likely most users can be deanonymized based on their keystroke manner and rhythm biometrics. Adversaries are likely to have samples of clearnet keystroke fingerprinting which they can compare with "anonymous" Tor samples.

Typing on the most popular keyboard layout which is probably en-US might help mitigation however a more effective way is the following. At a minimum users should not type into browsers with Javascript enabled, since this opens up this deanonymization vector. Text should be written in an offline text editor and then copied and pasted into the web interface when it is complete.

In addition, users must also disguise their linguistic style to combat stylometric analysis and be aware of mouse tracking techniques available to adversaries.

Kloak is a Keystroke Anonymization Tool.

We recommend installing kloak on the host too so it remains effective in event of a Whonix-Workstation ™ VM compromise. If you need to access accounts (for example banking) that enforce keystroke biometrics, then it may be a good idea to just limit installation to Whonix ™ VMs.

Without kloak users can be identified with very high certainty. The second set of tests show that kloak definitely obfuscates typing behavior, making it difficult to authenticate or identify a particular user. Third set: users running kloak may look "similar" to other users running kloak. That is, it might be possible to identify kloak users from non-kloak users. If this is the case, the anonymity set will increase as more users start running kloak.