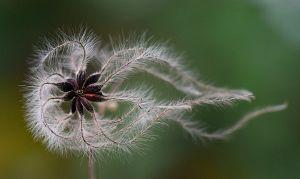 Note: It is far safer and easier to manage multiple Whonix-Gateway ™ when only one is launched for user activities, rather than running many in parallel.

In this configuration ISPs are probably capable of detecting that two different Tor data folders are in use, but this is not necessarily an anonymity threat. Similarly, if multiple Tor Browsers are used with distinct Whonix-Gateway ™, then a different set of Tor entry guards will be used as well (unless by chance the same Tor guards are chosen for different Whonix-Gateway ™).

When multiple Whonix-Gateway ™ are run in parallel, the risks explained in the Multiple Whonix-Workstation ™: Safety Precautions section equally apply.

Note: These instructions only apply to Download/Default-Whonix-Workstation ™.

In this configuration, Whonix-Workstation ™ will not be able to communicate with one another. This is recommended to keep different Tor activity profiles completely separate. To run multiple Whonix-Gateway ™ it is necessary to clone existing VMs; the steps below assume an existing Whonix ™ install.

1. Create clones of the Gateway and Workstation VMs rolled back to clean snapshots.

3. Edit the network configuration to make it unique.

Alternatively, replace the configuration with the example below (this assumes the only custom networks are Whonix ™-related).

Therefore, the network name was changed to internal2 and the bridge name to virbr3.

4. Import and start the new network.

5. Attach the Gateway and Workstation VM NICs to the new network.

Ensure that one Gateway NIC is attached to the external network. It is important to carefully match internal network interfaces to the new ones and not accidentally switch to a NIC that connects outside.

Note that the network is exclusively internal and does not communicate with the host in any way.

6. Change the number of pinned CPUs.

It is recommended to edit the cloned workstation's configuration and change the number of pinned CPUs to a different value (3 or 4) compared to the existing gateway and primary workstation. This only works if users have a quad-core system.

In VirtualBox Manager, change the name of the internal network is required for both, Whonix-Gateway ™ and Whonix-Workstation ™

For the second, third or nth multiple Whonix-Gateway ™ another internal network name is required. Can be any name. Just make sure to not re-use it in other Whonix-Gateway ™'s which should be isolated from this one. The following example will use Whonix2. But it could also be something completely different such as for-my-onion-web-server.

VirtualBox → Whonix-Gateway ™ → Settings → Network → Adapter 2 → Name: → change Whonix to something else such as Whonix2 → OK

The only requirement is that the newly created sys-whonix is based on the whonix-gw-15 TemplateVM and has a distinctive VM name, so it is not confused with other VMs.