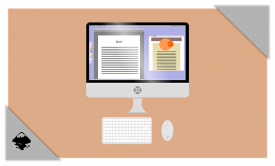 hardened by default and also provides extensive Documentation including a System Hardening Checklist. The more you know, the safer you can be.

This page is targeted at users who wish to improve the security of their Whonix-Workstation ™ for even greater protection.

Tip: Whonix ™ implementation examples are based on Debian. To use a customized Whonix-Workstation ™ VM based on other operating systems, see here. For technical design notes, see here.

If the Whonix-Workstation ™ (anon-whonix) VM is ever compromised, the attacker has access to the data it contains, including all credentials, browser data and passwords. The IP address is never leaked since this requires a compromise of the Whonix-Gateway ™ (sys-whonix) VM, but this information may still result in identity disclosure.

Best practice is to:

This way it is possible to 'rollback' -- use a new clean clone / snapshot VM -- after risky activity or if a system compromise is suspected. See the multiple VM Snapshots recommendation below.

Best practice is to:

It is recommended to enable the Whonix ™ AppArmor profiles which are available for various applications that are run in either the Whonix-Gateway ™ or Whonix-Workstation ™, such as Tor, Tor Browser, Thunderbird and others. The profiles are easy to apply and provide a considerable security benefit.

Firejail should be used with caution. While it can be used to restrict Tor Browser, Firefox-ESR, VLC and other regularly used applications, this comes with an increased fingerprinting risk

is another common sandboxing technology however, it is also insufficient. Firejail worsens security by acting as a privilege escalation hole — Firejail requires being setuid

, meaning that it executes with the privileges of the executable's owner which in this case, is the root user. This means that a vulnerability in Firejail can allow escalating to root privileges. As such, great caution should be taken with setuid programs, but Firejail instead focuses more on usability and unessential features which adds significant attack surface and complexity to the code, resulting in numerous privilege escalation and sandbox escape vulnerabilities

, many of which aren't particularly complicated

According to the Firejail project page: [2]

Firejail is a SUID program that reduces the risk of security breaches by restricting the running environment of untrusted applications using Linux namespaces and seccomp-bpf. It allows a process and all its descendants to have their own private view of the globally shared kernel resources, such as the network stack, process table, mount table. Written in C with virtually no dependencies, the software runs on any Linux computer with a 3.x kernel version or newer. The sandbox is lightweight, the overhead is low. There are no complicated configuration files to edit, no socket connections open, no daemons running in the background. All security features are implemented directly in Linux kernel and available on any Linux computer. The program is released under GPL v2 license.

Firejail has built-in profiles for a large number of popular Linux programs, including many which are used in Whonix ™. A small sample of the 100+ profiles includes: Chromium, CryptoCat, Thunar, Evince, Firefox, HexChat, LibreOffice, Okular, Thunderbird, Transmission, VirtualBox, VLC and wget. [3]

To run sandboxed applications, simply prefix the program command with "firejail" in a terminal. For example:

To confirm an application is sandboxed, open a terminal and run.

Firejail has a host of additional security features. For instance, VLC could be run while blocking access to the Internet as follows.

Similarly, the following commands would run VLC with seccomp restrictions and debug output. [4]

. To build a customized Firejail profile for other applications, follow these steps

Warning: Do not use Firefox-ESR in a Whonix ™ template! It is easily fingerprinted and is less secure than Tor Browser.

It is recommended to clone the Debian Template before proceeding, as a number of dependencies are installed:

The output should confirm Firefox-ESR is now running in a firejail container.

According to the author's GitHub description: [5]

This is a security-focused general purpose memory allocator providing the malloc API along with various extensions. It provides substantial hardening against heap corruption vulnerabilities. The security-focused design also leads to much less metadata overhead and memory waste from fragmentation than a more traditional allocator design. It aims to provide decent overall performance with a focus on long-term performance and memory usage rather than allocator micro-benchmarks. It offers scalability via a configurable number of entirely independent arenas, with the internal locking within arenas further divided up per size class.

It is possible to use this as the memory allocator for many applications to increase security.

If accessing the Whonix-Workstation ™ via SSH, some users may consider something dangerous - adding a second network adapter with host-only networking

The VMware host-only warning regarding routing and connection sharing may equally apply to Whonix: [6]

If you install the proper routing or proxy software on your host computer, you can establish a connection between the host virtual Ethernet adapter and a physical network adapter on the host computer. This allows you, for example, to connect the virtual machine to a Token Ring or other non-Ethernet network. On a Windows 2000, Windows XP or Windows Server 2003 host computer, you can use host-only networking in combination with the Internet connection sharing feature in Windows to allow a virtual machine to use the host's dial-up networking adapter or other connection to the Internet. See your Windows documentation for details on configuring Internet connection sharing.

If it is necessary to SSH or VNC into Whonix-Workstation ™, then use one of these recommended methods:

The following methods are not recommended, since they risk weakening isolation between the host and Whonix-Workstation ™:

Warning: Anonymity is compromised if another NAT network adapter is added to the Whonix-Workstation ™.

If this advice is disregarded, then a user's identity is leaked if/when infection occurs. Therefore, it is strongly recommended to always update over the Tor network. Although Tor updating is slow by comparison, it prevents inadvertent leaks.

Regular clean snapshots or clones of the master VM should be made for activities that require anonymity. Particular care must be taken that clean and unclean states are never mixed up!