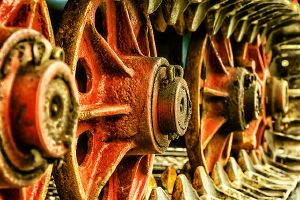 Only advanced users should attempt these configurations!

By default, all Whonix-Workstation ™ traffic is forced through Whonix-Gateway ™. Alternatively, a chain of anonymizing gateways can be built, with sample tunnel configurations outlined below.

This Inspiration resource may also be useful.

Whonix ™ is not limited to VPN-Gateways; the VPN can be replaced with a Proxy-Gateway.

Virtually any combination is possible: a Post-Tor-Proxy; a Pre/Post-Tor-SSH; or the proxy being replaced with JonDo or perhaps I2P.

Always remember that the connection will be created in reverse order; see the example below. [1]

Upon reflection, it becomes clear why the connection happens in reverse order:

Since the Proxy-Gateway can only pass through Whonix-Gateway ™ followed by the VPN-Gateway, it is clear why it will be the last hop in front of the destination server.

Whether these combinations make sense in terms of security and anonymity is hotly debated and depends on your personal threat model, see Tor plus VPN or Proxy [archive]. Advanced tunneling configurations also require knowledge of how to properly edit /etc/network/interfaces on Whonix-Gateway ™ and/or on Whonix-Workstation ™. In the case of Non-Qubes-Whonix ™, this refers to the virtual internal network name in VirtualBox settings.

This process is generally difficult because there are no other anonymizing gateways (VPN / JonDo / I2P / Proxy / SSH / VPN) available for download in Whonix ™, just the Whonix-Gateway ™ which uses Tor to anonymize traffic. This means a search for instructions is often required and/or an anonymizing gateway must be built from scratch. [2]

For a VPN-Gateway, see also: