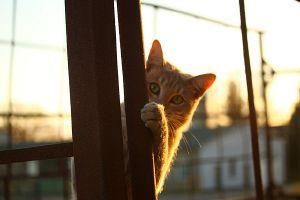 It is impossible to Hide Tor use from the internet service provider (ISP). It has been concluded this goal is difficult beyond practicality.

See also Use of Tor Is Obvious.

This is a general issue. Anonymizing internet traffic is a hard problem that for example Tor and Whonix ™ are working on. However, reliably hiding the type of any traffic (such as voice over IP or Tor) from the ISP in a threat model that includes endless data retention with retroactive policing is an even harder problem which is solved nowhere. This issue is unspecific to Whonix ™.

. The former version of this wiki page documenting some of the challenges in hiding Tor use from the ISP is still available here

As for hiding Whonix ™ from network observers, this is a different subject which is covered on the Fingerprint page.

Using private and obfuscated bridges alone does not provide strong guarantees of hiding Tor use from the ISP. As Jacob Appelbaum has noted: [1]

Some pluggable transports may seek to obfuscate traffic or to morph it. However, they do not claim to hide that you are using Tor in all cases but rather in very specific cases. An example threat model includes a DPI device with limited time to make a classification choice - so the hiding is very specific to functionality and generally does not take into account endless data retention with retroactive policing.

It is impossible to safely use a proxy to hide Tor. The connection between the user and the proxy is unencrypted and this applies to all proxies: http, https, socks4, socks4a and socks5. [2] This means the ISP can still clearly see that connections are made to the Tor network. This fact is only mentioned here because proxies are constantly (falsely) suggested as a solution whenever this topic comes up in public arenas.

Using a VPN or SSH does not provide a strong guarantee of hiding Tor use from the ISP either. [3] VPNs and SSHs are vulnerable to an attack called website traffic fingerprinting. [4]

As Yawning Angel, founder and maintainer of the traffic obfuscator obfs4 pluggable noted: [5]

Honestly, it is possible to create a better obfuscation protocol than obfs4, and it's shelf-life expired years ago. No one should be using it for anything at this point, and no one should have been using it for anything for the past however many years since I first started telling people to stop using it.
People should also have listened when I told them repeatedly that there are massive issues in the protocol.


All I want is to be left alone.

At time of writing obfs4 is the only obfuscation protocol listed on bridges.torproject.org/options

and there are no better alternatives available for traffic obfuscation, to hide the fact that a user is using Tor.

(in Whonix ™ wiki) but snowflake is not obfuscated.