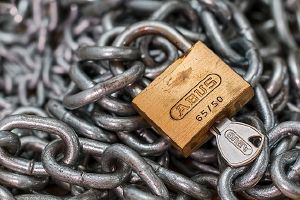 security hardened by default and also provides extensive Documentation including a System Hardening Checklist. The more you know, the safer you can be.

"Security is a process, not a product." -- Bruce Schneier, encryption and security expert. [1] [2]

It is important to understand that Whonix ™ and all general software cannot guarantee absolute anonymity or security; 'perfect security' is a mirage. The reason is flaws in hardware and software are ever-present, as continual upgrades and patches inevitably introduce further coding [3] or design errors which attackers of varying skill can profit from. As a consequence, the best approach is to try and mitigate risk exposure and provide defense in depth. [1] [4]

With this understanding, a material improvement in security and anonymity requires 'raising the bar' against potential attackers and eavesdroppers: [5]

Security is a process, not a product. It is also about economics. Briefly explained, each attacker has a set of capabilities, privileges, and a certain amount of budget, time and motivation. Given enough of these resources, security of any process will fail; the goal when securing a system is to add layers of security that make attacks too expensive. Nation-state actors have massive budgets, and no single system can be made secure enough against targeted attacks. However, if widely deployed, systems that cannot be compromised with automated attacks, increase the attacker's cost linearly and thus force the attacker to pick targets. Such systems are the only way to make mass surveillance infeasibly expensive.

In the case of Whonix ™, relative security and anonymity can be improved by utilizing the Whonix ™ split-VM design (particularly Qubes-Whonix ™), hardening the platform as much as possible, and adopting online behaviors which minimize the threat of deanonymization. If you are unfamiliar with Whonix ™ / Linux or have limited knowledge of computer security and anonymity topics, then it is recommended to first read these resources:

If you have more time available, then it is recommended to read the Documentation widely.

If motivation is needed to secure your computer, refer to these articles:

If the reader is time-poor, then just review the Hacked PC

figures, or briefly scan the summary tables below.

US journalist and investigative reporter Brian Krebs notes there are a large number of malicious uses for hacked PCs, including ransomware, bot activity, stolen account credentials, webmail spam and much more.

Krebs also notes the significant value of a hacked email account. Just one breach of an online email service permits the theft of valuable personal data, account/contact harvesting, re-sale of retail accounts, spam and much more. An email account is a particularly weak link, since once under the attacker's control they can reset the password, along with the passwords of many linked services and accounts.

After reading this chapter, it is recommended to refer to the Advanced Security Guide section for even more security advice.

It is recommended to read the latest Whonix ™ news to stay in touch with ongoing developments, such as notifications about important security vulnerabilities, improved Whonix ™ releases, other software updates and additional advice.