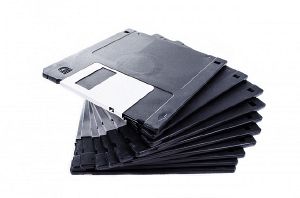 There is not a great and simple way to make backups yet. Best you can do is either:

Creating backups is only the first step. You should do a test run if you are actually to restore your backup. Otherwise you may experience a nasty surprise that some files are missing for successful restore.

Using VirtualBox's VM Cloning Feature for Backups is not Simple[edit]

The clone feature of VirtualBox is not very user friendly for backups for the same reason as above. It works, for cloning VMs, but it is not very useful for easy backups, because general VM settings are still stored in your home folder (~/.VirtualBox) and these are difficult to restore as mentioned above. So if you use the clone feature and backup your VMs on a different harddrive, you have to remember to have a backup of your VirtualBox settings folder (~/.VirtualBox) as well.

Turn off VirtualBox before attempting to backup the VirtualBox's settings folder (~/.VirtualBox).

Adding your VirtualBox settings folder to a revision control system [archive] such as git [archive] is a good addition to backups of VirtualBox's settings folder. Should VirtualBox damage your settings file and its backup file (happens sometimes), you can try a recent backup from an earlier git revision.