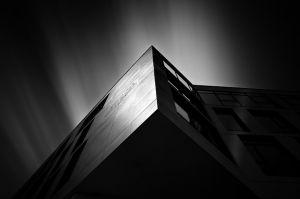 This does only apply, if you are going to build Whonix ™ from source, and/or if you are going to redistribute Whonix ™ and/or if you are going to use Physical Isolation. This is not a Whonix ™ specific problem. Most projects do not even have a chapter about build anonymity. While building Whonix ™, software has to be downloaded. It is a unique selection of software and there is no way to make it non-unique. Therefore your internet service provider (ISP) could guess, that you are building Whonix ™. This should not be of any concern in a free country (free by your own definition), if the content of your traffic is not being observed or logged.

Especially, but not exclusively, in case you want to redistribute Whonix ™, you might be interested to hide the fact, you are building Whonix ™ (i.e. you want to stay anonymous).

To prevent any kind of personally identifiable or even fingerprintable information leaking from the build system into the Whonix ™ images, it is recommended to build inside of an already torified Virtual Machine. [1] [2] You can build Whonix ™ inside an existing Whonix-Workstation ™, but it can also be built on a headless server.

It is also recommended to build in an already torified Virtual Machine, because that prevents leaks from the build system, which could help an attacker (with root access to the Whonix-Workstation ™), to gather identifiable information about that build system, that could ultimately lead back to your identity.

Building from source code naturally also leaves local traces on the disk, such as the source code itself and build dependencies. If that is of concern to you, it can be more easily disposed, when it is contained in a Virtual Machine.

It would also be possible to build directly on the host and torify all connections the scripts make, but it is unknown what other grml-debootstrap/chroot related leaks there might be.

It is a known issue the build anonymity requires building inside a VM.