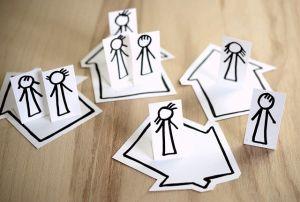 There are many advanced details being discussed in many places but explanations of the essential foundations are hard to find. When this topic is usually discussed, there is a large amount of unspoken assumptions, threat models.

The solution to this is simple: you shouldn't be logging in on the console as root in the first place! (What, are you crazy or something?) Proper Unix hygiene dictates that you should log in as yourself, and su to root as necessary. People who spend their day logged in as root are just begging for disaster.

Most if not all Linux desktop operating systems:

Prevention of Malware Sniffing the Root Password is currently only functional for advanced users following the documentation.

) Using pam_access. It is active for pam service login. Implemented in package security-misc

This also has good usability.

Attempts to login into console for users which are not a member of group console would result in an error message.

By Whonix ™ and Kicksecure ™ default:

removes all non-comments from /etc/securetty. Thereby root login and ancient consoles can no longer be used to attempt root login.

Only one user account with password and no root account login supported by default also means the user has only to remember and secure one rather than two strong passwords.

In future, feature SUID Disabling and Permission Hardening by security-misc will among other SUID removal from binaries also include removal of SUID from su by default for further hardening.

By Debian default, users who are not members of the group sudo cannot use sudo. Therefore limited user accounts (for example user sdwdate) cannot use sudo to attempt to crack other user account passwords to run under these users.

Removes read, write and execute access for others for all users who have home folders under folder `/home` by running for example "chmod o-rwx /home/user" during package installation, upgrade or pam `mkhomedir`. This will be done only once per folder in folder `/home` so users who wish to relax file permissions are free to do so. This is to protect previously created files in user home folder which were previously created with lax file permissions prior installation of this package.

Therefore instructions Prevent Malware from Sniffing the Root Password are still required. It's for advanced users only and awareness and usability is bad.

Any graphical application running under X Windows System (X11) can see what any user is typing in any other application for any user. For example, if user user running X11 would run lxsudo -u limited-user some-application that application if compromised could sniff anything that user user is writing. Including but not limited to any sudo password prompts. This is also the case for applications running under mandatory access control framework AppArmor.

LD_PRELOAD is an environment variable which specifies certain libraries to preload for an application. An attacker can preload their malicious library globally to log keystrokes or even worse, hijack the program.

There are many examples of LD_PRELOAD rootkits in Linux. One example is:

Setting up a fake sudo[edit]

An attacker can setup a fake sudo binary so the user gives them their password:

Specifying the file path of the real sudo will not work either:

Mounting all user-writeable places such as /home and /tmp as non-executable is not a solution because an attacker can use the bash interpreter to bypass the restrictions using bash /path/to/script. Would interpreter lock

Device timing sidechannels may allow keylogging but more research needs to be done on this.

If you say Y here, timing analyses on block or character devices like /dev/ptmx using stat or inotify/dnotify/fanotify will be thwarted for unprivileged users. If a process without CAP_MKNOD stats such a device, the last access and last modify times will match the device’s create time. No access or modify events will be triggered through inotify/dnotify/fanotify for such devices. This feature will prevent attacks that may at a minimum allow an attacker to determine the administrator’s password length.

does not restrict user freedom. All default settings can be undone. Everything is configurable and documented on page Root.