From Whonix
(Redirected from Whonix)
Jump to navigation Jump to search

Whonix ™ is an anonymous operating system that runs like an app and routes all Internet traffic through the Tor anonymity network. It offers privacy protection and anonymity online and is available for all major operating systems. 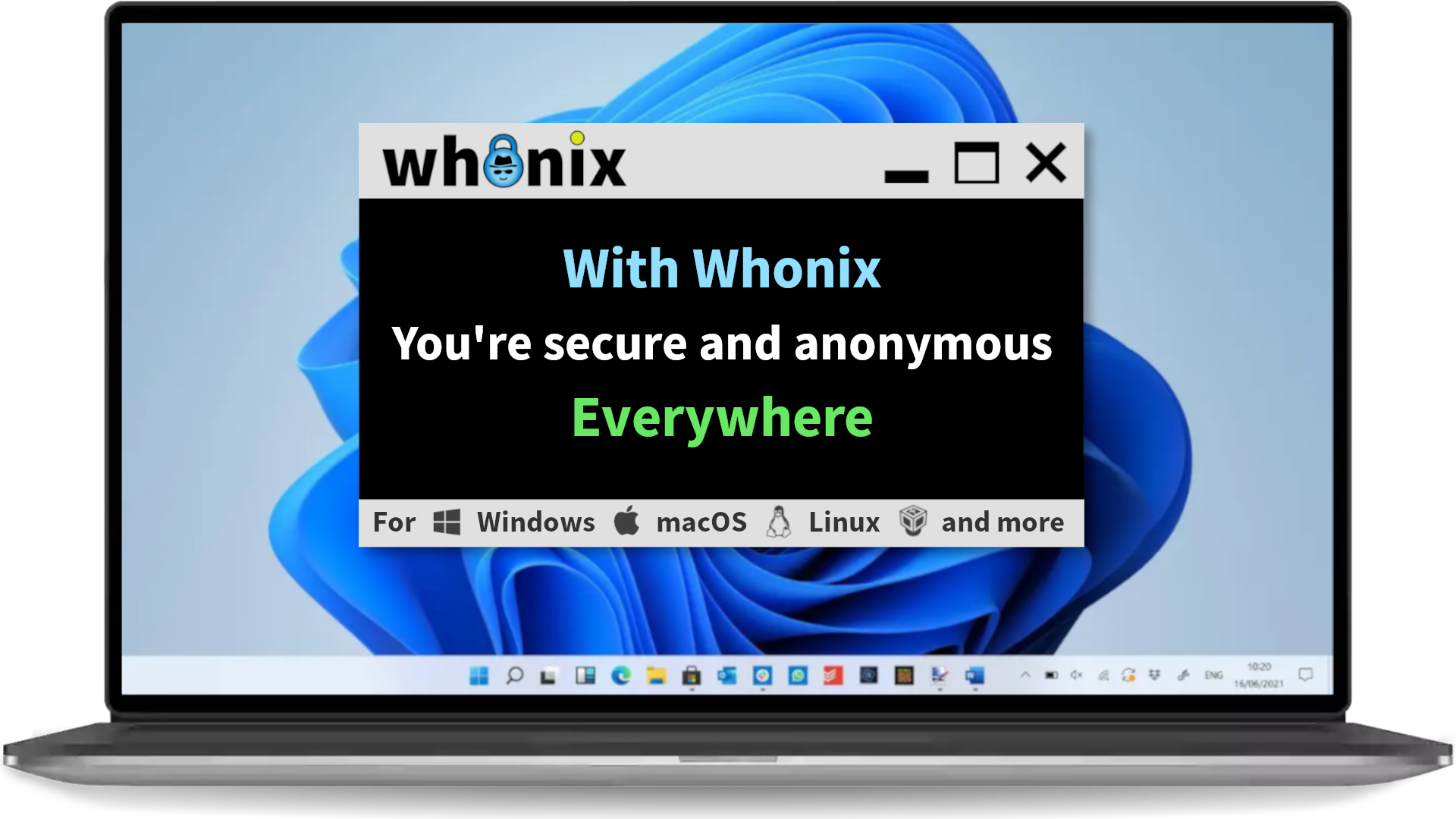 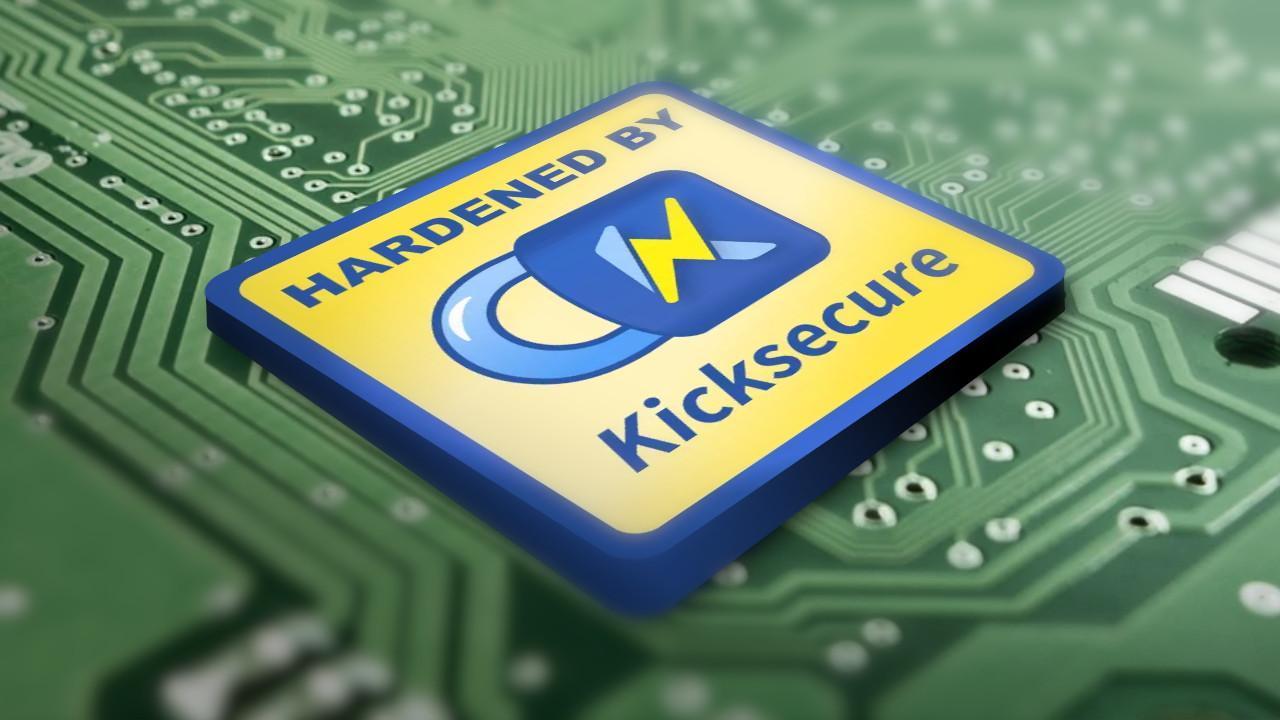 Whonix ™ uses an extensively security reconfigured Debian base (Kicksecure ™ Hardened) which is run inside multiple virtual machines (VMs) on top of the host OS. This architecture provides a substantial layer of protection from malware and IP leaks. Applications are pre-installed and configured with safe defaults to make them ready for use with minimal user input. Learn more. 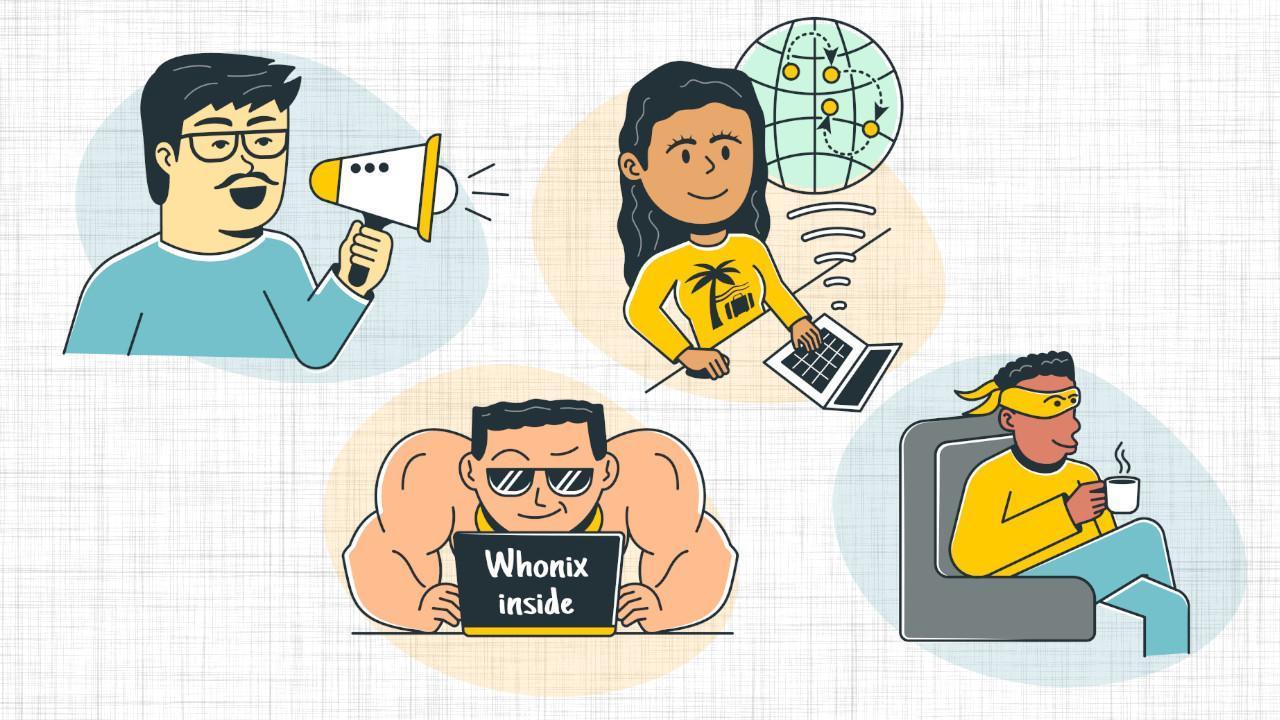 The increasing threat of mass surveillance and repression all over the world means our freedoms and privacy are rapidly being eroded. Whonix ™ is a powerful solution to this problem. Anyone who values privacy, has business secrets, needs private communication or does sensitive work on their desktop or online can greatly benefit from using Whonix ™. Learn more. 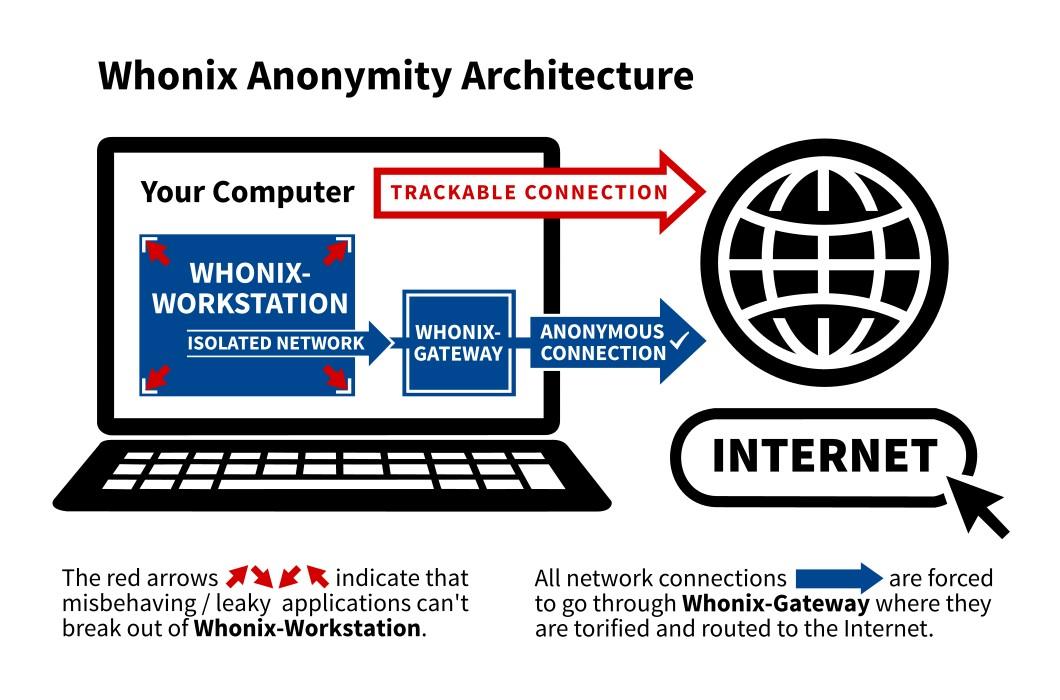 Whonix ™ consists of two VMs: the Whonix-Gateway ™ and the Whonix-Workstation ™. The former runs Tor processes and acts as a gateway, while the latter runs user applications on a completely isolated network. This innovative architecture allows for maximum privacy, keeps applications in check and makes DNS leaks impossible. Learn more.

Now we're diving deep into what makes Whonix ™ great. We'll provide a more detailled look and lots of links for you to even more thoroughly study Whonix ™.

, GNU/Linux and the principle of security by isolation.

Whonix ™ defeats common attacks while maintaining usability. Online anonymity and censorship circumvention is attainable via fail-safe, automatic and desktop-wide use of the Tor network. This helps to protect from traffic analysis by bouncing communications around a distributed network of relays run by global volunteers. Without advanced, end-to-end, netflow correlation attacks, an adversary watching an Internet connection cannot easily determine the sites visited, and those sites cannot discover the user's physical location. [1]

Whonix ™ uses an extensively security reconfigured Debian base (Kicksecure ™ Hardened). It consists of two virtual machines -- Whonix-Gateway ™ and Whonix-Workstation ™ -- which are designed to be used on a supported host OS (Host Operating System Selection). The host OS supporting Whonix ™ is usually the one installed on the user's computer, but OSes installed on external drives will also work (USB Installation). Users choose the preferred Whonix ™ configuration and may use either a Type I hypervisor (Qubes-Whonix ™), or a Type II hypervisor like KVM and Virtualbox.

This architecture provides a substantial layer of protection from malware and IP leaks. Applications are pre-installed and configured with safe defaults to make them ready for use with minimal user input. The user may install custom applications or personalize their desktop without fear of information leaks that could lead to de-anonymization. Whonix ™ is the only actively developed OS designed to be run inside a VM and paired with Tor. Though technically a "desktop" operating system, the security and anonymity tools Whonix ™ provides also make it ideally suited for hosting secure and anonymous onion services.

By helping users run applications anonymously Whonix ™ aims to preserve privacy and anonymity. A web browser, IRC client, office suite, and more come pre-configured with security in mind. Internet traffic by Whonix ™ is all routed through the Tor anonymity network.

(security-focused Linux Distribution), Tor [2], Debian GNU/Linux [3], and the principle of security by isolation. 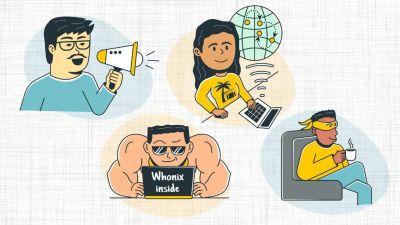 Privacy is a human right. The increasing threat of mass surveillance and repression all over the world means our freedoms and privacy are rapidly being eroded. Whonix ™ is a powerful solution to this problem. Anyone who values privacy, has business secrets, needs private communication or does sensitive work on their desktop or online can greatly benefit from using Whonix ™. This includes the following. Also see Users of Whonix ™. 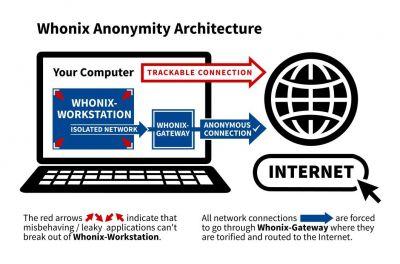 Whonix ™ consists of two VMs: the Whonix-Gateway ™ and the Whonix-Workstation ™. [4] The former runs Tor processes and acts as a gateway, while the latter runs user applications on a completely isolated network. The Whonix ™ architecture affords several benefits:

Hiding your identity is harder than just hiding your IP. Internet tracking companies don't even need to know your IP address to be able to identify you. They have multiple alternative tracking technologies in their arsenal. Whonix provides full spectrum anti-tracking protection.

Whonix ™ is the best way to use Tor and provides the strongest protection for your privacy online by hiding your real IP address, because Whonix ™ protects from leaks. In laymen's terms a leak occurs if a user expects to be wholly using Tor, but instead some application traffic bypasses Tor and is routed over the normal internet (clearnet). A solitary leak is all that is required to de-anonymize the user, for example via IP leaks, DNS leaks, UDP and other channels.

for users to configure applications so all traffic is routed through the Tor network. The reason is networking is very complex and most applications are not designed with anonymity or privacy in mind. Some applications like the Tor Browser Bundle are specifically designed for anonymity and attempt to eliminate all known leak vectors. Unfortunately, despite all best efforts leaks have occurred in the past due to Tor Browser Bundle software defects (bugs). In such cases, Whonix ™ users were protected and unaffected by these leaks.

Whonix ™ is divided into two VMs: 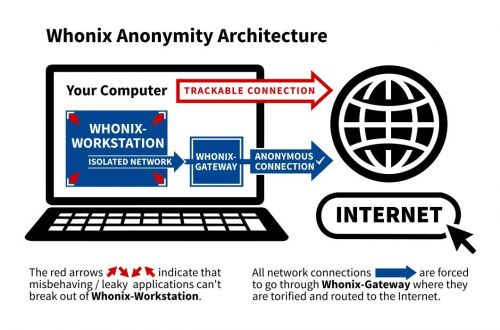 This is not an empty claim -- Whonix ™ has been audited via the corridor (Tor traffic whitelisting gateway) and other leak tests. In over a decade, no leaks were ever discovered. Technical readers can refer to the Whonix ™ technical introduction and security overview chapters for further details.

Whonix ™ relies on the Tor network to protect a user's anonymity online; all connections are forced through Tor or otherwise blocked. Tor helps to protect users by bouncing communications around a distributed network of relays run by volunteers all around the world. Without advanced, end-to-end, netflow correlation attacks, anybody watching a user's Internet connection cannot easily determine the sites visited, and those sites cannot learn the user's physical location. [6]

Note that Whonix ™ does not have a fixed release schedule. A new stable release only becomes available when it is deemed ready. Interested users can query the issue tracker [8] and release notes to track developer progress. Stay Tuned.

. Stay Tuned! All users need to upgrade the respective platform promptly in order to remain safe. [9]