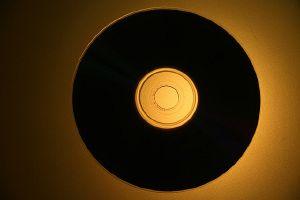 With respect to clipboard sharing:

Shared folders are also discouraged because it weakens isolation between the guest and the host. Providing a mechanism to access files of the host system from within the guest system via a specially defined path necessarily enlarges the attack surface and provides a potential pathway for malicious actors to compromise the host. [2] [3] [4]

To change the clipboard sharing setting:

VirtualBox shared folders are found inside the virtual machine in folder /media/.

In the above example, the shared folder will become /media/sf_shared. It can be opened using a file manager like Thunar. To open it using the the command line, run.

If you are using a Whonix-Custom-Workstation ™ additional steps are required. Please click on expand on the right.

Two options exist: automatic mounting or manual mounting. The automatic mounting method is described below. For additional information on shared folders refer to the VirtualBox manual [archive]. Any additional questions are unspecific to Whonix and should be addressed as per the Free Support Principle.

In Whonix ™, VirtualBox guest additions are installed by default. [11]

To avoid any issues with the guest additions, users are highly recommended to:

There might be a few odd messages during updates which are actually non-issues. Unless actual functionality is broken, please do not ask about odd messages as per Support Request Policy.

In case of issues, see also VirtualBox troubleshooting and consider a bug report.

vbox-guest-installer [archive] is an installation helper created by Whonix ™ developers. It is a helper utility for better usability that allows to install VirtualBox guest additions from package virtualbox-guest-additions-iso [archive].

It is usually not required to change vbox-guest-installer settings, to enable/disable or to manually run it.

Whenever the Linux kernel package or virtualbox-guest-additions-iso is upgraded, vbox-guest-installer should be automatically running.

In Whonix ™ it is therefore unnecessary and discouraged to install guest additions from a VirtualBox CD. Do not use VirtualBox → Devices → Insert Guest Additions CD image.... Doing so could lead to version conflicts of the VirtualBox host version versus the VirtualBox guest additions version such as black screen, screen resolution bug, broken host to VM copy/paste and similar. [14]

If you are using other operating systems (custom workstation), using VirtualBox Guest Additions CD is OK. In that case, issues should be resolved as per Free Support Principle because it would be unspecific to Whonix ™.

General concerns have been raised about the security of VirtualBox, for example see the article The VirtualBox Kernel Driver Is Tainted Crap [archive] [15]. However, this refers to the kernel driver (on the host), not guest additions. For opposite viewpoints, see here [archive] and here [archive].

It is possible to achieve similar functionality without installing guest additions:

This is discouraged and should not be required. However, if you wish to uninstall VirtualBox guest additions as installed by vbox-guest-installer by Whonix ™ developers, follow the steps below.

To help debug issues, inspect the following logs and services.

To document any problems, utilize the following short link to this wiki page: https://www.whonix.org/wiki/ga [archive] [16]

The following issue is happening during kernel upgrades.

Workaround details: This results in guest additions being non-functional after the next reboot. During the next reboot VirtualBox guest additions will automatically detect the missing kernel modules for the upgraded kernel and build them. Therefore when rebooting yet another time the issue should be resolved until the next kernel upgrade.

One long term solution might be replacing initramfs-tools with dracut but that needs further research and development work. (develpoment discussion [archive], issue [archive])

If the following message appears during a kernel upgrade, it is a non-issue.