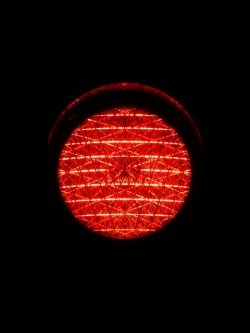 These instructions are mostly defunct since Mixmaster is dead upstream; see here

... a pseudonym server that furnishes an untraceable email address. The purpose of this server is to allow users to have usernames (pseudonyms) and send and receive messages without revealing their true identities. Even the nym server operators cannot trace a user's email address.

This arrangement means nym servers (and a network of anonymous remailers) send pseudonymous emails and forward the replies to the user's real email address. In order to use nym servers: [1]

Properly created nym server systems are considered relatively anonymous -- it is difficult to trace the nym server or identify the real email sender. [2] In addition, this configuration provides an uncensorable inbox that does not rely on a single service provider; this is beneficial in today's climate where a number of email services have abruptly shut down due to coercion or service restrictions (see Lavabit

for a recent example). Further, it is unnecessary to risk browser-based logins in a webmail interface, thereby reducing the chance of connections being intercepted or poised by adversaries relying on specific selectors.

). Readers who are unfamiliar with the term 'reply-block' should not be concerned because no manual configuration is necessary in these instructions.

To manage your nym, messages can be sent to the nym server via a SMTP server or even a personal email address (unrecommended, but still functional). Previously Whonix ™ strongly recommended the use of Mixmaster to communicate with nym servers, since they are commonly used together but are totally independent. Unfortunately this is no longer possible, as Mixmaster is dead upstream and has been permanently removed from Debian

This guide uses mixnym.net, but the same steps equally apply to any other Zax-type nym server. For a selection of nym servers, see: Zax-type Nym Server List.

The examples below use the nym nym@mixnym.net -- adjust this text to match your nym choice and the domain name of the nym server.

It is important to know which address should be used when sending messages to the nym server:

For an overview of the process, seven primary steps apply:

A nym server's key is usually on their homepage. Follow these steps to import the key.

1. Download the mixnym.net nym server key with curl to the home folder.

2. Check fingerprints/owners without importing anything.

Always check the fingerprint for yourself. The output at the moment is:

3. If the fingerprint is correct, import it with GPG.

Sometimes it may only be available from PGP keyservers. In that instance, download it from a keyserver such as keys.openpgp.org (zkaan2xfbuxia2wpf7ofnkbz6r5zdbbvxbunvp5g2iebopbfc4iqmbad.onion) by providing the fingerprint.

The following command using gpg with --recv-keys is not recommended for security reasons and is often non-functional. [4] This is not a Whonix ™-specific issue. The OpenPGP public key should be downloaded from the web instead; see also Secure Downloads. This procedure is currently undocumented and can be resolved as per the Free Support Principle. Documentation contributions will be happily considered.

If the fingerprint is unknown, try and search for it.

Do not forget to check the fingerprint before importing the key.

Make sure to provide different information from the example above. Also note the nym expires when the key expires.

To create a nym, its public key must be exported and sent to the nym server. In the following example, it will be copied to pubkey.txt.

This step is only necessary if choosing to configure additional nym options, such as Subject Identification or Symmetric Encryption. For each option, prepend a line to the pubkey.txt file using the following format.

Caps are unimportant in the option name, but are sensitive in the setting.

The nym server parameters specified here are optional. [5] They can be set immediately or changed in the future as detailed in the Reconfigure Nym section.

For a concrete example, to add the hSub passphrase panda, pubkey.txt should be edited as follows:

More than one option line can be added to the request, but be aware that some options might create conflicts. For example, subject and hsub work differently, but are used for the same purpose -- only one of these options should be used at the same time.

It is necessary to wrap pubkey.txt -- the message containing additional options and the public key -- to the nym server. The pubkey.txt file is the input for the following example and the encrypted file will be created as pubkey.txt.asc:

It is safe to ignore the warning about encrypting to an "untrusted" key and just select y for yes.

Send Request to the Nym Server[edit]

Before sending the request, update the remailer keys first. It is enough to complete this procedure on a daily basis: [7] [8]

Send the encrypted file to the nym server with Mixmaster:

If necessary, run Mixmaster from the command line and check the remailer chain list to see node availability and reliability statistics, then choose accordingly.

If all steps were followed correctly, the nym server will decrypt the message, extract your nym's email address from the supplied public key, then process it. Provided the nym is not reserved or already taken, a confirmation message will be received from the nym server, encrypted to your nym's key.

Note that the protection provided by Mixmaster is of little importance here because everything is done behind Tor. [9]

Important: Take note that this is the only message where the public key is attached, as well as the only one the server will ever accept that is not signed by that key. From now on, the nym's digital signature will prove your ownership of it. Examples on signing can be found in Send Mail with Registered Nym and Reconfigure Nym.

Retrieve Messages from the Newsgroup[edit]

Zax-type nym servers deliver messages to nyms via the alt.anonymous.messages Usenet group (a.a.m). Anyone can access these messages, but only the nyms can decrypt them by using their private keys.

As explained earlier, messages can be configured to be identified by subject. If a form of subject identification was set up from the previous section, then refer to the Use aam2mail to Fetch Replies section.

If no form of subject identification is desired, then the default method is to download and attempt to decrypt every message posted on the Newsgroup. If it works, then the message was sent to your nym.

aam2mail does not have any extra dependencies.

Utilize the hsub that was chosen.

There is an expected delay of a few hours before receiving replies.

4. Check for replies downloaded by aam2mail.

The default path is /home/user/Maildir/new. aam2mail will only retrieve messages and not decrypt them.

Be sure to check for new messages regularly; messages on Usenet accumulate beyond the fetch-limit and can easily be missed.

With the message saved to a file, decrypt it as follows.

If successful, the plaintext of the message your nym received should be visible.

Congratulations on registering your first nym! Now it can be used for sending messages.

To send messages to other people, the steps are very similar to those used previously for creation and configuration.

1. Use a text editor to compose the message.txt file.

To: recipient@domain Subject: Example This is an example

3. Send the file with Mixmaster.

This time the message is sent to send@mixnym.net.

The recipient will receive a message from nym@mixnym.net and they can send a reply to the same address.

Take note that copies of the message were not sent on this occasion. This was advisable for the creation step, because after receiving the first one the server would ignore the others. In this case of sending mail, if copies are sent the server will send all of them to the recipient.

1. To add (or change) an option, another message must be sent to config@mixnym.net.

This message must state option.txt and the additional option(s) that should be added.

The message does not require a body, just headers.

As you are configuring the nym, it should be sent to config@mixnym.net.

The encryption layers discussed in this wiki entry will only protect data between the nym and the server. It is recommended that another form of end-to-end encryption (another layer) is added between you and the recipient, for example by encrypting the body of the message first, and then encrypting to the server's key.

Bear in mind the headers cannot be encrypted, so an end-to-end encrypted message would appear similar to the example below.

After this step, users would then encrypt to the nym server so it would appear like the example below.

Due to Mixmaster's latency, it is possible for messages to arrive out of order. For instance, later messages might arrive earlier than the creation message. If no responses are received, it is necessary to send them again once the nym is created.

If more than one nym is used, you must remember to choose which nym will sign the message, or always use the same nym to send the messages, and consequently only these messages will be accepted. As noted earlier, the only message accepted without a signature is the creation message.

To specify the nym that will sign the message, use the --local-user flag.

When someone sends a message to your nym, the server will receive it, encrypt to the nym and post it on a.a.m so it can be retrieved. The Newsgroup acts as a public mailbox -- everybody can see and download the messages but only the intended recipient (your nym) can decrypt it.

Although the reference is dated, active Zax-type nym servers in 2019 include: [10]

Logout and then log back in again for changes to take effect.

A message will be received in a.a.m that it is already taken. [14]

This wiki entry is based on Zax's help

on Mixnym.net, which is also archived

. Appreciation is also expressed to the Nymphemeral

developer, [17] Felipe Dau, for helping with these instructions.