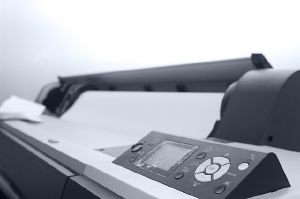 Printing is a risky endeavor

. This risk is unrelated to Whonix ™ and is a general issue with printers.

Imagine that every time you printed a document it automatically included a secret code that could be used to identify the printer - and potentially the person who used it. Sounds like something from an episode of "Alias" right?

Unfortunately the scenario is not fictional.

The EFF has confirmed that some color laser printer manufacturers encode identifying information on each page, in an effort to identify counterfeiters. Identifying information contained within forensic tracking codes can include the date, time and printer serial numbers attached to the printout. For instance, a sample script

is provided by the EFF which deciphers these forensic dot patterns for the Xerox DocuColor laser printer. [2] The downside for privacy advocates is immediately apparent: this same technique can be used as a common tool for government surveillance.

DEDA (Tracking Dots Extraction, Decoding and Anonymisation toolkit) is a tool for countering the yellow dot watermarking threat. It may be packaged for Debian in the future.[3][4] The technique it uses was criticized by the Metadata Anonymization Toolkit (MAT) developer for using a blacklist and not being a generic solution and recommends using black and white only printers as a safer solution.[5]

Workarounds exist for printing materials such as political leaflets safely:

Note that these factors only apply to printers under a person's control. If a printer is used that is controlled by an adversary and they want to track down the source printer for particular documents, then color printing can be enforced at all times for this purpose.

Modern printers and scanners are embedded computers with their own dedicated internal storage. It has been discovered that scanned documents are saved by these devices, leaking the handling of sensitive documents. [7] One workaround is to use a cell phone that is only used for dedicated anonymous activities to take photos of the material, however this recommendation comes with its own caveats.

Finally, persons wanting to print anonymously must also consider non-technical issues, such as forensic traces related to physical fingerprints, DNA traces left on materials and so on.

Pairing Whonix ™ with network printers is strongly discouraged. This is because most (if not all) network printing relies upon insecure, unencrypted protocols. This means the documents being printed will likely be visible to attackers who are able to sniff the local network, or who control the (normally untrusted) Qubes NetVM. This is a limitation of modern printers and printing protocols and not something that can be solved by Qubes or any other OS. [8]

when using a USB printer. Further, printer driver plugins should never be installed in a trusted Template! The reason is many driver plugins are proprietary

and most often downloaded from the vendor’s website in the form of ready-to-install packages. However, they are usually unsigned and only made available for download over HTTP connections. If these third-party driver plugins are installed in a trusted Template, the template may be compromised as well as every AppVM based upon it. [8]

Bearing in mind the risky nature of printing, the threats posed by printer driver plugins can be mitigated via several methods outlined below.

Warning: Some users may be tempted to use the AppVM's root filesystem as a non-persistent security feature

. However, malware can persist if the AppVM is infected -- all data in the normal user filesystem, /home, /rw and /usr/local survives reboot. It is feasible that advanced malware (or malware specifically targeted at Qubes-based AppVMs) could install its hooks inside the user home directory files only. [9]

There is no reason to avoid installing software in TemplateBasedVMs. Therefore, it is possible to install the printer drivers in an AppVM which is based on the whonix-ws-16 template.

persistence is currently undocumented. Further research is required to ascertain which files require persistence across VM reboots. This task would also be difficult.

This program comes with ABSOLUTELY NO WARRANTY; for details see the wiki source code.

This is free software, and you are welcome to redistribute it under certain conditions; see the wiki source code for details.

Join us in testing our new AppArmor profiles for improved security! (forum discussion)