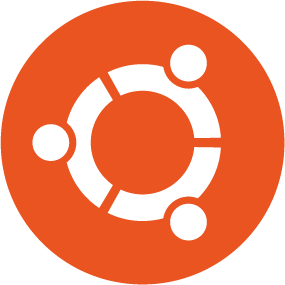 Tested with Debian and Ubuntu.

You can use the Live environment or install Ubuntu. When the installer asks questions, generally choose the default, most common or other non-identifying options. Language: English; keymap: choose yours (potentially risk...); Country (leave it as it is): United States (New York for Ubuntu 14.04); User Name: leave blank; Host Name: host ; Time Zone (change it): UTC (it is at the very bottom. For Ubuntu 14.04 change it later using tzdata as instructed below); Username (account name): user. This ensures that all Whonix ™ users have the same settings. Additionally this is more safe, when an application leaks such data, such as SSH, if you simply ssh some.host.name, it will tell your current account name, and it would be very bad if this where you real name or anything which would identify you.

Reboot into the freshly installed system and open a terminal.

If you forgot to set the time to UTC you can do so at any time by typing the following into the terminal:

Remove Ubuntu's “phone home” program(s). If any of these packages are not installed the error message should indicate which to delete from the command. In a terminal type:

Dhcp auto-configuration like software such as network manager have to be removed, since we are using static networking.

Setup a fixed IP for the virtual LAN network card and to use the same subnet like the Whonix-Gateway ™ for the Internal Network. If you use a Linux desktop with network manager you can use the GUI for this step. Otherwise: open a Terminal and type

You only need to configure eth0:

For auto-generated resolv.conf files, do this instead:

and delete everything, then add

You can try first, if VirtualBox Guest Additions work on Ubuntu, because they are a bit shorter and easier.

Execute the following commands. They can take a very long time, due to the Ubuntu upstream bug.[1]

Or start autorun.sh (not with a console, strange bug!).

While Ubuntu is one of the more secure (See Overview

) Linux distributions it is by no means a secure operating system. It is designed first and foremost to bring Linux to end users. It doesn't protect against some of the threat models that some Tor users will have.

Here's an (incomplete) list of things the more paranoid user will have to consider:

apt as currently used in Ubuntu does not protect against a stale mirror attack (Bug #716535: Please support Valid-Until in release files for security.ubuntu.com

) where an adversary provides validly signed but outdated metadata to prevent users from downloading and installing the latest critical security updates. When fetching updates over tor this problem is of a lesser extent because no single malicious exit relay will realistically prevent users from downloading updates more than once in a row. Malicious mirror is possible but Whonix-Workstation ™ uses the main US mirror, any irregularities will be uncovered pretty soon. More of concern is the clear text update of the host operating system. Here it is a good idea to manually check how old the repository metadata is yourself:

From time to time vulnerabilities that allow installation of untrusted code are discovered in apt. New security features are often implemented in Debian first.

The Ubuntu server kernel comes with everything and the kitchen sink. At any given day the kernel will be vulnerable in one way or the other. It is by far the most patched piece of code in the default Ubuntu Server installation, obviously runs at full kernel privileges and naturally can't be protected with mandatory access control. Whonix-Gateway ™ exposes the kernel to attacks through its firewall, TCP/IP stack and whatever kernel calls Tor does or could be compelled to do.

Userland protection for Tor is great. [2] Unlike Tor Browser the tor version distributed via the .deb comes with RELRO, canaries etc. and can fully make use of ASLR since it is compiled as PIE. Of course with Grsec the entropy would be higher.

Want to help spread the word? Tell your friends! Or share Whonix news