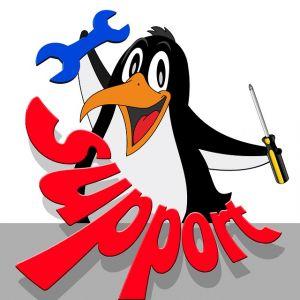 Tip: User questions are likely to have been asked and answered before in either the Whonix ™/Qubes/Debian documentation, Whonix ™/VirtualBox forums, Qubes/Whonix bug trackers, Debian/Qubes/KVM/Tor mailing lists, stackexchange, or other community/developer portals.

In the first instance, users should search the following free resources for their issue(s).

For general questions about about Tor configuration, specs, and technical issues.

For general Tor questions not directly related (unspecific to Whonix ™) like "What are end-to-end correlation attacks?", use:

For Tor-on-host questions unrelated to Whonix ™ such as "How do I configure bridges?", see:

For additional support resources,[5] please press on Expand on the right.

For general questions on VirtualBox configuration, settings, and troubleshooting.

Any questions related to OpenVPN setup, configuration and technical issues.

Warning: Be careful what you say, especially in public places that are archived!

What is said may reveal personal information such as:

To keep the IP address hidden, visit these websites anonymously over Tor, using either the Whonix-Workstation ™ or Tor Browser

from The Tor Project. To delink questions from an existing email or OpenID, it is advisable to create a separate email address, OpenID, and user name/s just for this purpose.

Be careful with the advice received from public places. Always get a second opinion and do not run commands or perform steps which you do not understand. Never post any custom code or output that pertains to your system or onion service specifically.

Tip: Please kindly do not accidentally substitute Tor for a question related to Tor Browser, as this causes confusion. Further, the correct terminology is Tor, not TOR.

It is recommended to follow these steps in order:

In an ideal world, all free support requests would be answered with minimal to no effort or systems would run flawlessly, thus negating the need for asking questions. Unfortunately, real world systems are flawed and developer time and knowledge is limited. This is further elaborated in Whonix ™ Support Policy Rationale.

Whonix ™ will always be free in price as well as in freedom (Why?). In order to create a solid open source software solution, Whonix ™ has adopted the approach of treating users as co-developers. [6] This concept is further elaborated below.

The majority of common questions have been answered in the available Documentation. If the solution to an issue is already documented, users will usually receive just a link to the documentation in response to their question.

Whonix ™ is a Linux distribution, with Whonix ™ developers and users playing the role of integrators. Whonix ™ itself is based on several components and software distributions developed by other projects; it is standing on the shoulders of giants.

It is impossible for the Whonix ™ contributors to be aware of the solution to each and every problem that is encountered. Users are therefore encouraged to first consider if their problem is general, and unspecific to Whonix ™.

Putting this principle into action means rephrasing the question, seeking solutions in other arenas, and preferably documenting this solution in the Documentation. Experience has shown that for some questions, this is the only realistic way to solve them.

Users might expect Whonix ™ to provide a unified experience similar to a Windows machine. While the Whonix ™ developers make every effort to meet user expectations, limited funding and human resources makes meeting these expectations impossible. [8]

An example of an inappropriate question seeking Whonix ™ support would be "How do I save a document in Libre Office as a PDF?". The solution is easily found by use of Internet search engines. Even if a solution was difficult to find, LibreOffice would behave identically on Debian and other operating systems. Logically, the recipient for the question should be the LibreOffice community.

On the other hand, in the unlikely event this hypothetical problem only occurred in Whonix ™, then it would constitute an appropriate support referral, for example: "I know how to save a document in LibreOffice as a PDF. It doesn't work in Whonix ™. How can I make it work in Whonix ™?"