is an open source IRC client based on XChat

HexChat in Whonix ™ has been hardened according to The Tor Project's Torrifying HexChat guide. [3] All servers, besides the secure (SSL) version of the Open and Free Technology Community (OFTC)

have been removed. [4] It is recommended to add the securely encrypted version of the IRC server, preferably an onion service which uses SSL as a fallback or at best, both. Also see: Torifying HexChat

Note that the official #Tor channel is on OFTC, but no Whonix ™ developers are active there! Upstream Tor developers do not support Whonix ™. For help with Whonix ™-related issues, see Support.

If you are using a graphical Whonix-Workstation ™, complete the following steps.

Warning: This will kill HexChat, delete all settings, scripts and logs and finally create a fresh HexChat identity.

to connect to them.

Setting up SASL is outside the scope of this entry; refer to The Tor Project SASL Authentication

Before joining any channels, run the whois function from the status window. 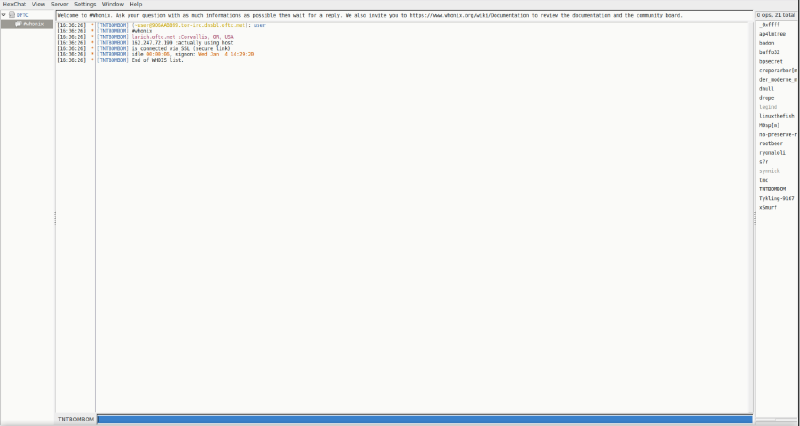 The Ident Protocol [5] is automatically blocked because Whonix-Workstation ™ is firewalled. [6]

page contains general IRC safety techniques and other tips. Another useful resource is the IRC Security

page. Key information and advice is provided on:

If a message similar to the following appears.

This most likely means the connection to the IRC server is working, but the server disconnects because they are not accepting Tor network connections. This is a general Tor censorship problem and unrelated to Whonix; see List Of Services Blocking Tor

Unfortunately there is no easy solution and each available workaround has pros and cons: 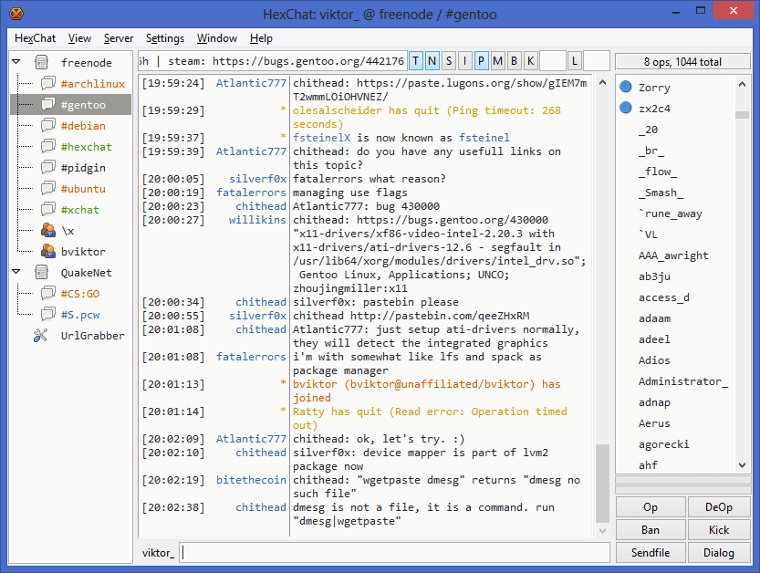