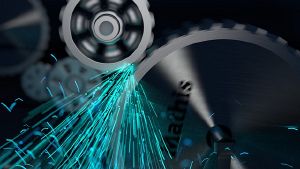 Everything in this chapter is entirely optional.

Applying steps in this chapter can improve Whonix ™ performance, but often at the cost of reduced security or an increased fingerprinting risk. Earlier entries in this chapter are easier to apply, while later tuning entries require a greater skill level.

At present the tuning steps are primarily focused on the VirtualBox virtualizer. However, contributions for other virtualizers will be happily considered.

To enable hardware-accelerated graphics for Whonix-Workstation ™, perform these steps on the host:

If minor identifiers are not of any concern, [1] then the RAM available to Virtual Machines can be increased via VirtualBox settings. This is most useful for Whonix-Workstation ™ if it runs into low RAM. Whonix-Gateway ™ can also profit if a large number of circuits are created and Tor is kept busy. To check how much RAM is free, use free -m in a Terminal. Consider the example below:

On systems with multi-core processors, if minor identifiers are not of any concern [2] then the number of cores available to the Virtual Machine(s) can be increased in VirtualBox settings.

Do not use the maximum since that could lead to system instability! Always leave at least one CPU unassigned; for example, if you have four CPUs then assign a maximum of three CPUs to the VM. [3]

This step should be performed in the VM intended for disabled CPU mitigations and on the host operating system if either Kicksecure or security-misc are in use.

It is possible to increase performance by using largepages and/or Virtual Processor Identifiers (VPIDs). It is unknown if this decreases security or stability. For further information refer to the VirtualBox manual: Nested Paging and VPIDs

Memory ballooning worsens security because it is a vector for side channel attacks on memory; see here for further information. [4]

For other security considerations, refer to the VirtualBox manual: Memory Overcommitment

There are probably more tuning-related settings, but these are currently undocumented at Whonix ™. Interested readers can review the VirtualBox manual for relevant settings, which are unlikely to be bundled under a "tuning" chapter.

To view all settings, run.

Next, learn about all of these settings by reviewing the VirtualBox manual

Since the Whonix ™ concept is flexible and distribution-agnostic, it is possible to create your own implementation. For example, Gentoo could be used with optimized build flags for a personal system. See:

This setting can improve graphics performance dramatically, but it worsens security because VMs should not have direct access to physical hardware.

In simple terms, this feature allows the direct use of physical PCI devices on the host by the guest even if the host does not have drivers for the particular device. For further information, refer to VirtualBox Manual: PCI Passthrough