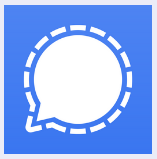 Signal [archive] is a well-respected, free, open source, cross-platform encrypted messaging service. It supports individual and group messages (files, voice notes, images and video) as well as one-to-one voice and video calls. All communications are encrypted end-to-end for security, and mechanisms exist to independently verify the identity of contacts as well as the integrity of the data channel. The encryption keys are generated and stored at the endpoints (user devices), rather than by the servers. Both the client and server code is openly published, and the software is recommended by noted privacy advocates Edward Snowden and Bruce Schneier, among others. This is due to the strong architecture and limited metadata available in the ecosystem. [1] [2] [3]

It is possible to pair Signal with Whonix ™ by installing the standalone Signal Desktop application [archive] for Linux in Whonix-Workstation ™, and tunneling the application over the Tor network. However, this configuration is not recommended because although the traffic will be routed over the Tor network, Signal requires the user provide a phone number for verification. [4]

The mandatory linkage of the desktop software application with a phone number makes it very likely adversaries can easily link any 'anonymous' use of Signal in Whonix ™ with a user's real identity, even if a secondary phone number is used as a limited workaround. Notably, to date Signal has ignored user requests to enable registration with an email account as a possible alternative. For this reason alone, alternative options like Gajim,HexChat and Tox should be investigated instead; see Instant Messenger Chat for further information. Readers are of course free to ignore this advice -- see below for Whonix ™ instructions.

Signal must already be installed on your Android or iOS device -- first follow the download instructions [archive] on the Signal homepage if required. [5]

It is also recommended to create a separate Whonix-Workstation ™ that is only used for Signal because these instructions require the enabling of the Ubuntu Xenial repository for the desktop client. [6] The Signal developers do not maintain specific versions for other distributions, which is why Ubuntu is defaulted to.

This configuration allows the standalone Signal desktop client to link with the mobile device and send/receive messages from a laptop or desktop computer. [7] As of early-2019, the desktop application does not support voice or video calling. After launching the desktop client, it must be linked with the (mobile) phone. Be aware that messages are synchronized with Signal on the mobile phone.

In Linux, the Signal desktop client is available for both 64-bit Debian and Ubuntu, as well as other distributions supporting APT. The APT repository signing key has been sourced from the following address [archive]; at the time of writing (2019), the full GPG fingerprint is: DBA36B5181D0C816F630E889D980A17457F6FB06. [8]

1. Add the Signal GPG key to the APT sources keyring.

Open ~/signal-start in an editor as a regular, non-root user.

If you are using a graphical environment, run.

If you are using a terminal, run.

To launch Signal in the future, run. 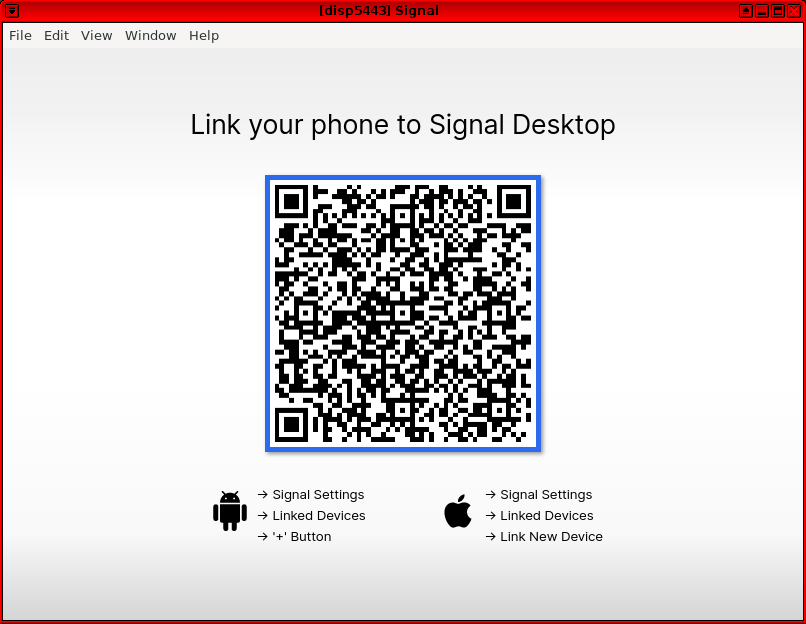 Claims That Signal Encryption Is Broken[edit]

Cellebrite [archive]claimed [archive] That they find solution to decrypt signal encryption but the article details was later removed [archive] because it has been debunked/proven to be false claims from Moxie [archive] (co-founder and currently CEO of Signal Messenger) , Edward Snowden [archive] , Filippo Valsorda [archive] and Signal officially [archive] responded to this claim.

Note: Bruce Schneier wrote a topic about that in his blog titled with "Cellebrite Can Break Signal" but he later apologized [archive] for his post.