This page is archived. 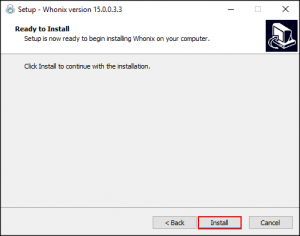 The Whonix ™-Windows-Installer for Windows is a simple and fast way to set-up Whonix ™ on a system running Microsoft Windows.

The Whonix ™ Windows Installer was developed with a focus on providing users with an fast and easy method to install Whonix ™ in Microsoft Windows. This gives users the opportunity to experiment with Whonix ™ in a familiar environment without the necessity of complex virtual machine imports or host operating system changes. When the whonix-installer.exe is executed, the latest VirtualBox version and both Whonix ™ VMs are seamlessly installed on the Windows machine. From there, users can immediately start using Whonix ™ with no further configuration required. [1] 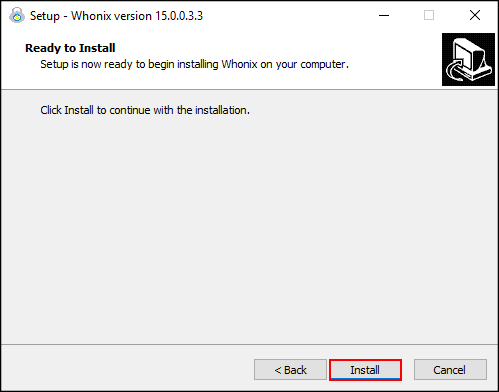 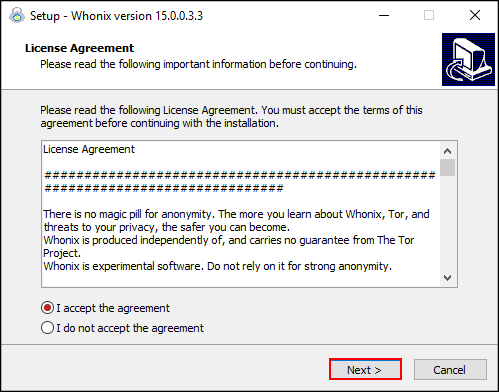 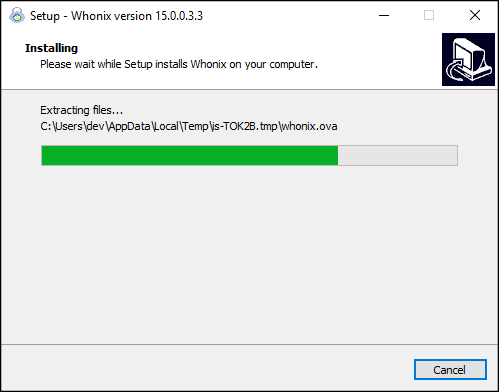 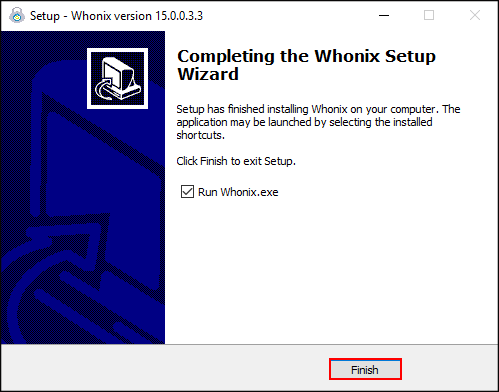 Download a copy of this repository. Use its folder to collect required files for building.

Download the Whonix ™ VirtualBox XFCE image to the folder and renamed it to "whonix.ova"

Whonix-UI executable in the folder

Download the newest "Windows hosts" VirtualBox installer to any location.

Navigate in the commandline to that location and run VirtualBox[Characters based on your version].exe -extract A window will open telling you where its files have been extracted. Navigate to this folder, rename VirtualBox[Characters based on your version]amd64.msi to virtualbox_x64.msi and move it to the repository/build folder.

Your build folder should have at least:

Right-click Whonix.iss and select Compile (Or inside Inno Setup select Build → Compile). The executable is in Output.

Note: If the .ova becomes greater than 2GB, Whonix.iss must be set to use DiskSpanning=Yes. This will output an .exe and .bin file. To combine, add 7za.exe and 7zSD.sfx to the 7zip folder. Open 7zip/make self extract.bat, which combines everything in Output into a .7z archive and then into a self-extracting-and-running .exe.

7zSD.sfx Download the 7-zip compressed archive file and extract it.

7za.exe Download the .7z compressed archive file under 7-Zip 16.04 Extra and extract it.

There used to be a version of this installer based on NSIS which has been discontinued, due to stability and a host of other issues. It can still be found here: https://github.com/adrelanos/Whonix-Windows-Installer-deprecated