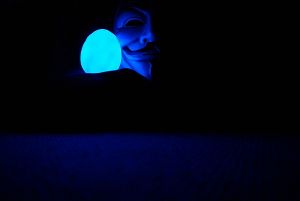 Note: all networks differ in their threat model and security! Conduct careful research before relying upon an alternative network for anonymity purposes.

Whonix ™ can be paired with any other suitable anonymizing network. This means the other network will be tunneled through Tor.

In theory Tor could be completely replaced with another suitable anonymizing network; see Whonix ™ Framework. Development in this area has stalled due to a lack of interest from users, upstream developers and Whonix ™ developers. Interested readers can refer to the Inspiration entry, which outlines some research in addition to theoretical and practical work completed to date.

In general, the Whonix ™ Framework is agnostic about which anonymizing network is in use. The primary reason Whonix ™ started with Tor was because all developers were Tor users. It only occurred to developers much later on that alternatives could be used.

Unlike the Tor network, at the moment Whonix ™ support for other anonymizing networks is fairly rudimentary. Although Whonix ™ developers have great respect for Tor alternatives, along with their developers and users, they are simply more accustomed to the Tor network (which is also a personal preference). It is also very difficult to simultaneously stay up-to-date, maintain equal interest, and be fully educated about a host of other anonymizing networks.

In the event a new developer joins the Whonix ™ project who actively supports a Tor alternative, then equal support could be provided. For example, there is not much point in a separate 'JonDoBOX', if most of the knowledge and code is shared.

Readers who are interested in replacing or pairing Tor with alternative networks in Whonix ™ should refer to the links below.