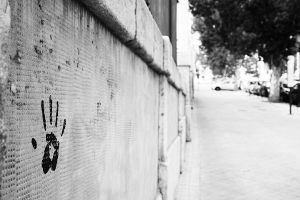 concerns potential threats or structural vulnerabilities that can be exploited by adversaries; in the case of Whonix ™ this means possible identifiers leading to full or partial deanonymization.

For the context of this wiki page, in short called, tracking software.

In this case, the goal of the adversary is to link two or more VMs to the same pseudonym.

A number of non-deterministic artifacts are present in the various Whonix ™ variants - consider the examples below:

Non-deterministic artifacts are also caused by any user modifications inside the VM, such as editing ~/.bashrc or changing the default editor.

As noted in the Threat Model introduction, non-deterministic local artifacts matter in:

For the context of this wiki page, in short called, tracking software.

All VMs are "StandaloneVMs". [3] Automatically generated, non-deterministic, local artifacts are "somewhat" unique in every VM. At a minimum, an adversary could use these local artifacts to determine the build version of Whonix ™ because these artifacts are shared among all[4] Whonix ™ images of that specific version.

Further identifiers then depend on individual behavior as to what kind of user-generated, local, non-deterministic artifacts exist. For example, if users change the keyboard layout to German, set their shell to python, and install an adblocker in every Tor Browser instance inside of a VM, this will very likely create enough uniqueness to permit an adversary that has compromised multiple VMs to link all of these to the same pseudonym.

An adversary could benchmark the CPU, GPU, HDD, RAM, other hardware (such as the microphone, keyboard, and camera) and/or network connection to create a unique profile which is similar enough to link two compromised VMs to the same pseudonym.

Where possible, limits could be enforced for the CPU, GPU (theoretically), HDD, RAM and network connection.

Such a feature could potentially be implemented in sandbox-app-launcher

). This would be useful in the case of buggy / misbehaving applications not accidentally DDOS'ing the host as well as compromised applications trying to benchmark the VM.