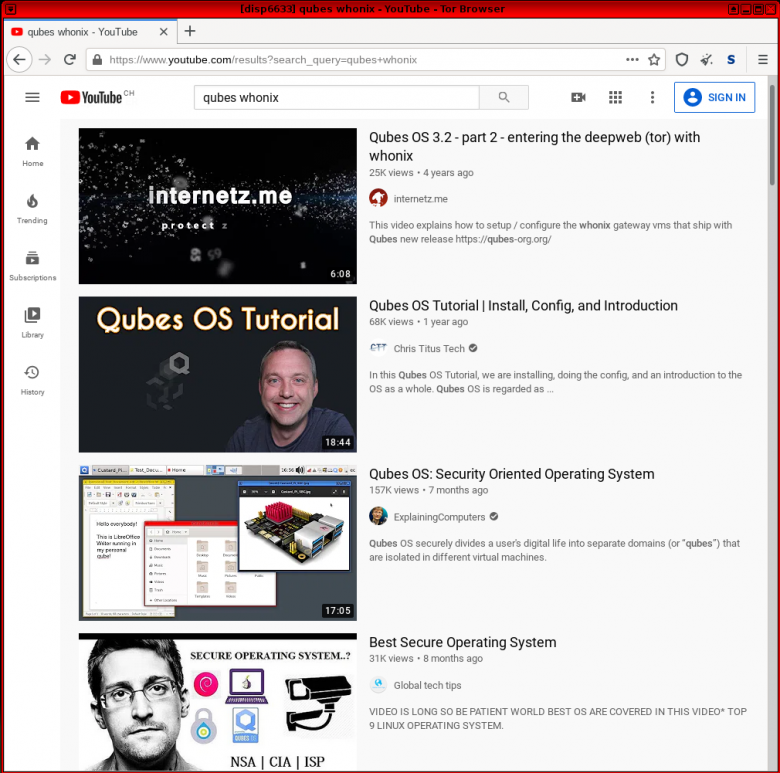 It is common to experience "buffering issues" (interrupted video playback) because Tor is slow. A simple workaround is to pause the video when it first starts so it can "buffer". This allows enough of the upcoming video playback to load in advance for an uninterrupted viewing experience. Alternatively the videos can be downloaded instead and watched in a media application like VLC Media Player, rather than relying upon an online internet connection with the YouTube website.

Leave the Tor Browser security slider at the medium setting, click the "script blocked" icon, & click allow script; video playback is usually dysfunctional at higher levels. Higher security settings might work at a later time, so readers are encouraged to edit this page if the situation changes. In late 2020 it is common for YouTube to report 'suspicious network activity' when attempting to stream videos in Tor Browser (due to the detection of Tor exit nodes in use).

It is strongly recommended to utilize Invidious [archive] (project homepage [archive]) as an alternative front-end to YouTube. Note that at the time of writing, the primary invidio.us site presents with a message stating it has closed down as of 1 September, 2020. However a number of alternative instances are available and have been tested to work:

Invidious is more lightweight than YouTube itself and comes with many additional features such as a video download option and onion addresses. Also, it does not present the user with login prompts or terms of service messages.

MPV video player can be installed to stream videos from Youtube or Invidious without enabling JavaScript.

The procedure of installing mpv is complete.

After locating the relevant video, copy the URL and run.

A simpler option is to use a media player, 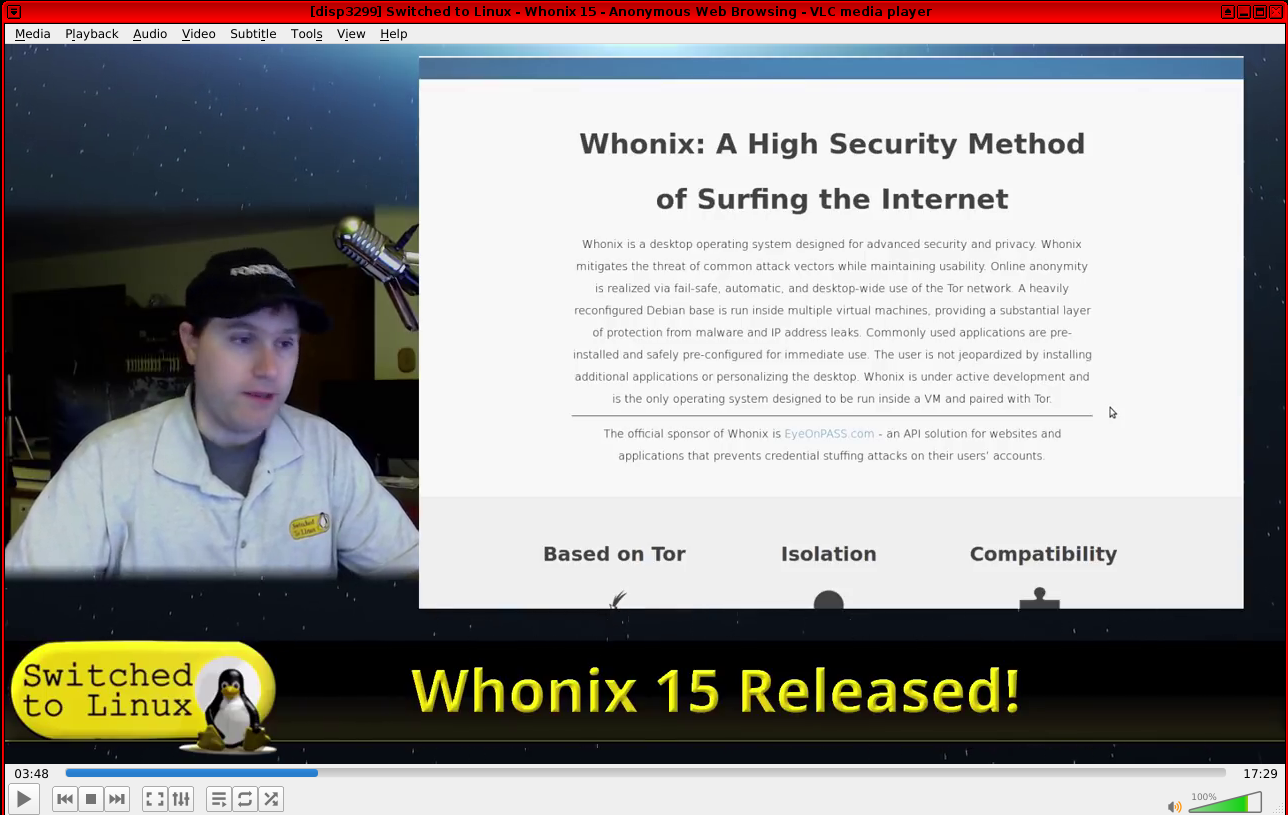 VirtualBox users should note that video performance might be slow. For a possible solution, see: VirtualBox, Troubleshooting: Slow Video Playback.