Why is Tor Slow? 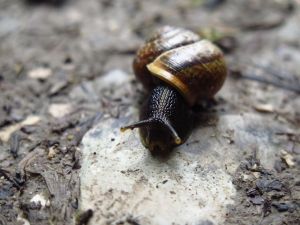 Users often complain that the Tor network is slow or has inconsistent speed. This page briefly describes some reasons for affected Tor throughput and how to create a Whonix-Gateway ™ with a different set of guards for testing purposes. Interested readers can also refer to the Tor Project FAQ

for a more detailed explanation of this topic.

Misuse of the Tor Network[edit]

Some actors misuse the Tor network, either purposefully or due to a lack of knowledge. For instance, Tor is sometimes used to conduct DDoS attacks

. By doing this, the Tor relays are the ones who actually suffer from the attack, instead of the intended target. Some people use peer-to-peer software

) through Tor which slows down the network for all users. [1]

Tor relays are run by volunteers [2] in a decentralized way. Consequently, relays do not have uniform quality; some are big and fast, while others are smaller and slower. As a whole, the network could be faster if it had more capacity

. To improve the capacity of the Tor network, users can either run a Tor relay

When navigating to clearnet resources, Tor provides anonymity by building circuits with three relays. So instead of connecting directly to the destination server, a connection is made between each relay of the circuit and this takes more time. In the case of onion services, a six-relay arrangement is used in the connection -- three picked by the user and three picked by the onion service.

In addition to using multiple relays, Tor tries to build circuits with relays in different geographical locations. This necessarily causes connections to travel further and slows down the fetching of resources.

This is likely an incorrect assumption. Since Whonix ™ does not modify the Tor package directly, nor attempt to improve the Tor routing algorithm, any sudden drop in network speed is almost certainly related to:

Before posting about the issue in forums, first use one of the following two methods to create a test Whonix-Gateway ™ with a different set of guards.

There is a small chance of receiving the same set of Tor guards using both methods below. Use Nyx to explicitly check the new Tor guards are different before testing Tor throughput.

This procedure is less useful for Whonix ™ debugging.

3. Retest the speed of Tor connections.

This procedure is more useful for Whonix ™ debugging.

1. Copy the Whonix-Gateway ™ Tor state folder to a temporary folder.

2. Retest the speed of Tor connections.

After testing Tor throughput, run these terminal commands to restore the Tor state folder to its original settings.

There is no guarantee the test VM / new Tor state will be faster. However, if there is a significant difference in speed between the test and normal Whonix-Gateway ™ VMs / Tor state, then this can be attributed to the Tor guards that are normally in use. This also means there is no bug in Whonix ™.

If the test VM / new Tor state does not speed up, the user may have selected Tor guards with poor throughput, or it could be a bug in Whonix ™. Before reporting the problem in the forums, regenerate the Tor state file and test the Tor throughput again. If it is still slow, then this may indicate a Whonix ™ bug or other issue.

It is strongly discouraged to use the Whonix-Gateway ™-test VM / new Tor state (with a new Tor guard set) for activities other than testing, even if it is faster. It is feasible that adversaries might try to induce the user to switch their guards. By switching, the probability that a new chosen guard set is adversary-controlled increases, aiding end-to-end correlation attacks that deanoymize connections.